The remarkable story of the meteoric growth of London party ABODE and Studio 338 is one of the capital’s great success stories in recent times. Party chief Kai recently told us the only real problem that they had encountered was that they had grown too quickly and that it is was a challenge to keep such a discerning crowd as the night began to grow in stature. In response to these concerns ABODE changed their approach to ticketing for their first birthday, using a system that requires attendees to request a secret link before being able to buy a ticket so they could vet who they were selling them to. This determination is to ensure that their parties retain a friendly atmosphere appears to be paying dividends as we were greeted by a sea of smiling faces upon our arrival.

We arrived at around 3pm to the find the club already bouncing and filling up. The door process was speedy – and very thorough – and before we knew it we were in. For the uninitiated, Studio 338 isn’t like any other club in London, design wise, with great expanse that is the enclosed terrace bringing a little slice of a Ibiza vibe to London. Upon first arrival the club is – in the immortal words of Darth Vader  – impressive… Most impressive…

Fresh up from playing a jaunt on the main stage at this year’s We Are FSTVL was fast rising resident GW Harrison who was midway though his set when we arrived, dropping bombs such as Eats Everything’s floor destroying rework of Tiga & Audion’s ‘Lets go Dancing’ on an already frenetic crowd. He was followed by the trio known as Longplay who really set the tone with their uplifting vibes, mixing the contemporary with the classic as a number of their own releases rubbed shoulders with the likes of Laurent Garnier’s timeless ‘Man with a Red Face’ and former Data Transmission Editor Ben Gomori’s cheeky bootleg of Soul ll Soul’s ‘Back To Nostalgia’.

ABODE head-honcho Kai then maintained the carnival atmosphere, launching birthday presents in to the crowd as former Data Transmission DJ competition winner Jimmy Switch took to the decks, his star shining brighter than ever following a huge summer in Ibiza. Shifting through the gears to deliver a fresh set of high octane cuts for us to wrap our ears around, he started as he meant to go on, ratcheting up the intensity for a suspenseful performance that had us locked in from start to finish.

With happy vibes positively radiating from the dance floor it was easy to see why ABODE has been being discussed in such hushed tones and drawing comparisons to the great Sunday events of the past. Put simply – on this showing – it stands up there with the likes of iconic parties secretsundaze and mulletover, which as anyone who’s ever been to either of those parties will tell you is high praise indeed. It’s not all about the residents at ABODe though as two secret guests arrived that evening in the shape of of firstly chart topping producer secondcity and Saved Records boss Nic Fanciulli. It says much about ABODE as promoters that they had a full club before they felt the need to reveal these names.

Upstairs in the loft our everyone’s favourite MC-cum-DJ Artikal  had his own residency starting and got his room was jumping. An exciting prospect for 2016, special mention also go to Ellie Cocks who having heard so much about we wanted to see if she could deliver on her considerable hype. Well Ellie, take it from us – although if the crowd’s energetic movements weren’t enough to convince her we’re not sure what will – you smashed it out of the park. Hopefully we’ll be catching both DJs in the flesh again soon.

Unfortunately we had to drag ourselves just as DT favourite Fanciulli came on having immensely enjoyed our first experience at ABODE and wished them a very big Happy Birthday. What Kai and Peter have managed to create is a place to hang out free of all the snobbishness that so plagues London’s nightlife and for that we salute them. See you soon guys.

The official after movie from our 1st Birthday !Halloween Nov 1st is Sold out Dec 27th Event is on sale now 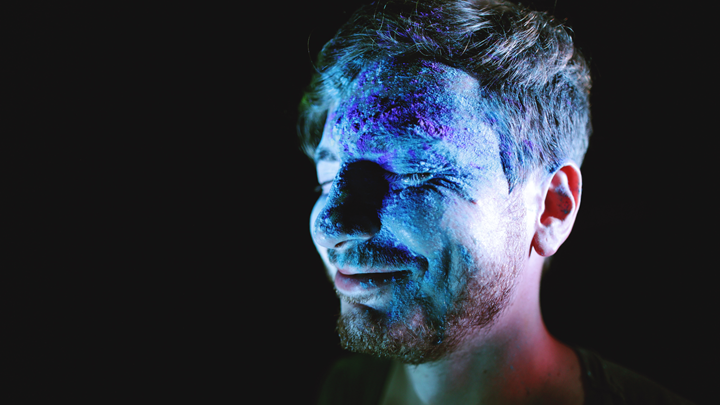