8 Track: A Night With GW Harrison

With a club residency aged just 13 and a father that was heavily involved in the original rave scene, few origins stories are as rich as GW Harrison’s. Essex born, Kent bred, George W Harrison was gifted his first set of Technics aged 12 and has been surrounded by electronic music all his life. Resident at Gatecrasher whilst at University and with three full years in Ibiza on his CV at some of the islands most established venues and events, GW has attracted a lot of attention of late. Now a fully patched in member of the London scene with a residency at capital’s hottest party; Abode, it’s little wonder that Harrison – with his adaptive style that always seeks to both to uplift and educate – has racked up such an impressive diary of bookings.

With the progression of that GW Harrison takes over and play an all-night-long 6 hour set in at Studio 338 this Saturday. This upcoming show marks a massive milestone for him and the meteoric rise through the scene he has enjoyed over the course of the past few years.

Offering him the opportunity to head out on a journey and explore his musical style in its fullest,  we asked him to pick a chart that would represent a night with GW Harrison and tell us why he’s chosen certain tracks.

I have been sitting on this track for a while now. I hardly get a chance to play it as I am normally billed later in the night when things are a little faster, a little heavier. Last summer, I achieved one of my long-term goals to play the main room of Sankeys Ibiza. Fellow ABODE resident Jimmy Switch and I opened the main room together and we set an easy pace to kick things off with and this song was the perfect fit. For me now, when I listen to this song, it always seems to take me back to that warm summer night on the white isle and seeing my name on the LED screen in my favourite main room.

An amazing piece of music that I have always cherished and being very fond of.  I would recommend anyone and everyone – take that literally, from your mate Dave to your great Aunt Edwina – to take a listen – the music will then speak for itself. Absolutely irresistible stuff.

I have such a huge respect for the pair anyway that it speaks volumes that I feel this is a number on which the production of the track needs extra special praise. Honestly, it’s an incredible piece of music that I’m gutted I have not had the chance play out as of yet. My upcoming 6 hour set will allow for me to filter tracks like this through and will give me the chance to cover the whole spectrum of my musical style.

This song was also playing the same moment that Kai (Abode Founder) asked myself to be one of his Ibiza residents at Sankeys every Friday so also has a special place in my heart for that too. Buzzing is not the word…

Can the influence of Leon Vynehall in recent years be overstated? I’m not sure it can. But then again his music and this track in particular played a massive part of my venture into London clubland; I would always play this at home whilst getting ready for a gig. I honestly don’t think this will ever age, well, at least not for myself anyway. This is definitely up there with my favourite tunes of all time. Timeless.

Now… this was the first ever track I played on the Studio 338 terrace and when I hear it I can still remember exactly how nervous I was before my first set! Being ABODE’s third and busiest party, I had been telling everyone beforehand that I was hoping to one day get a chance to play. The crowd lifted as I played it; they were so engaged on every break. Almost instantly I felt so comfortable and relaxed that the next hour seemed like only a few seconds. It was at that moment I fell in love with that terrace and that crowd all at the same time; not long after, Kai approached me to offer the residency which has undoubtedly been the most pivotal moment in my career so far.

Put simply I love the uplifting harsh tech hat complimented by the quirky techno sounds. I’m a sucker for the off kilter, the unusual.  I like to play around with long, extended breaks such as these to tease and engage the audience I’m playing in front of. It builds suspense and keeps everyone bubbling along. Overall great track!

I grew up in and around Maidstone in Kent with the Toolroom Records head office being at my door step. Being a young and aspiring DJ and having huge local names such as Mark Knight, Funkagenda and Pete Griffiths, their big tech-house sound really influenced my musical style from a young age. This for me will be peak time track with all the energy you need packed into it!

This is a hands-in-the-air moment track for me. The clubs lights come on and it’s time to go home but the dance floor is hanging on to one more track to end an amazing night. This is always my go to closing track as I bring down the curtain on a particularly memorable session. Age before beauty, I think you could play this number anywhere, anytime in years to come and get the same reaction. Spellbinding stuff… 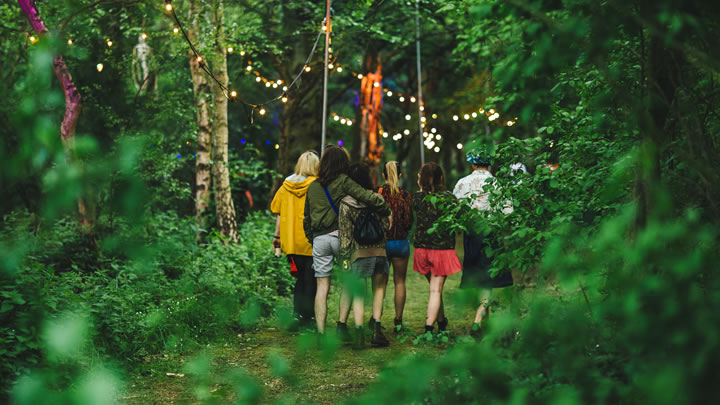