This Labor Day weekend, San Francisco will be bustling with night-life activity with a multitude of events spanning multiple dance music genres. All of the main clubbing hot spots will be going full blast. Here we are be highlighting some of the most promising bass-filled events for you to end the summer on. Many touring artists are coming to town for your pleasure.

On Friday, September 2, 2016,The legendary UK-based duo James Ford and Jas Shaw, known as Simian Mobile Disco, will be playing a DJ set at audio. The pair tours the world playing to their cult like followers and San Francisco-based dancers will be in for a treat. They are coming off of their ‘Staring At All This Handle’ and ‘Remember In Reverse’ releases from the imprint Delicacies.

On Saturday, September 3, 2016, Treasure Fingers will be playing at Audio Discotech. The Atlanta native’s remix of Mini Viva’s ‘Left My Heart In Tokyo’ is one of the records that personally got me into dance music and still holds a special arpeggiated place in my heart. His latest track is ‘Rain-Dance’, released on Club Sweat.

On Sunday, September 4, 2016, Hotel Garuda will be playing at Audio. The group consists of Manila Killa and Candleweather, and has been putting out very consistent funky house music releases, which have been #1 on the Hype Machine’s charts, along with receiving other notoriety. Their latest remix of Kaskade, Felix Cartel, and Ofelia K’s ‘Faking It’ is a vocal deep house feel good track that is a testament to the style that made Hotel Garuda rise in fame.

Dehousy, the French-based underground champion with a seriously impressive style for techno lovers, will be at Cork Club on Sunday, September 4, 2016. In both his releases and his mixes, he has consistently shown forward thinking grooves. His latest releases ‘World Rhythms’ and ‘Beyond Infinity’ along with his recent French Rinse FM mix will give you a taste of his wonderful style, and his entire catalog is truly an enjoyable listening and dancing experience. This is the one chance to catch him in San Francisco before he departs.

On Friday, September 2, 2016, Knife party will play at 1015 Folsom. Knife party consists of Rob Swire and Gareth McGrillen, members of the legendary Drum and Bass group Pendulum. They are coming fresh off their Creamfield’s performance and will be stoping by San Francisco before playing in Southern California at Insomniac’s Nocturnal Wonderland. Regularly playing big festivals all over the world, you can catch them in a more intimate setting this weekend.

Tim Hecker is joined with Andy Scott, Demdike Stare, Damon Eliza Palermo, and Marco de la Vega on Saturday, September 3, 2016 at Mezzanine. Tim Hecker’s style has been described as “structured ambient”, “tectonic color plates”, “cathedral electronic music” and specifically by the New York Times as “foreboding, abstract pieces in which static and sub-bass rumbles open up around slow moving notes and chords, like fissures in the earth waiting to swallow them whole”. Andy Scott is coming in off his latest album ‘Too Many Voices’. This party will definitely be the audiophile’s dream of unique sound-scaped grooves.

Local group Honey Soundsystem, which consists of Jackie House, Robot Hustle, Jason Kendig, Josh Cheon, will be playing at Public Works on Sunday, September 4, 2016. If you are familiar with the San Francisco scene, they need no introduction. They have built a reputation for bringing techno to the dancefloor that makes you feel some sort of way. If you have not yet seen Honey Soundsystem, the spacious two-story hardwood venue, Public Works, is a great place to introduce yourself.

The local pair, 219 Boys, will be playing at DNA lounge along with many local DJs, including Switchblade and John Beaver, on Friday, Sept 2, 2016. While 219 Boys are known for their tough UKG inspired house music, the event as a whole will have a wide variety of genres. Winning Insomniac’s Discovery Project, 219 boys are coming in hot off releases from AC Slater’s Night Bass with ‘Who Got It’ and Audiophile XXL with ‘On Your Mind’.

Switchblade runs the local digital imprint ‘Warehouse Connections’ and has been a staple for Wednesday’s Electric Pop Rocks (EPR). Crowd pleaser John Beaver has worked hard to make it from the local circuit all the way to Coachella and will be going back to his roots playing a trance set. 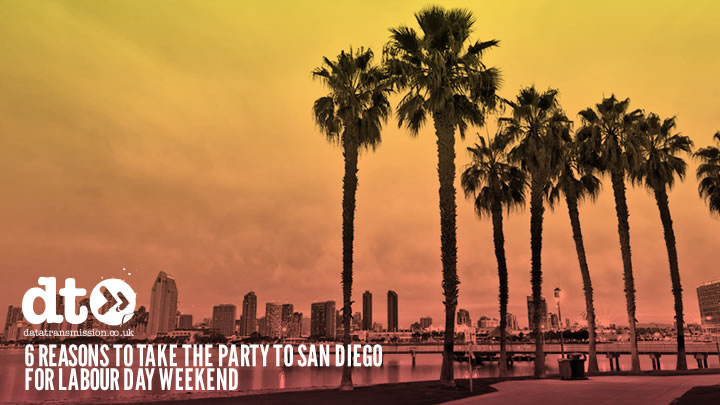