6 Of The Best: Terence Terry Talks Us Through House Couture

French and Parisian house music has a long and illustrious past with the capital continuing to be a hotbed of electronic music to this day.  One of the pivotal figures in the current scene as an innovators and facilitator Gallic DJ Terence Terry appears well set to continue adding to the rich musical tapestry of the City Of Lights for the foreseeable future via his productions, DJ sets and as label boss of his La Vie En Rose imprint.

The debut mix compilation of La Vie En Rose, (aptly named House Couture as a nod to his hand in the world of fashion) we thought we invite the inimitable Frenchman to talk us through the new LP and that’s exactly what’s he done. So here it is, House Couture as explained by Mr. Terence Terry himself.

I’ve always been a fan of past and present producers from Detroit, those who were more techno or more housey but I think that Terrence Dixon’s music is something else; really urban. From techno to industrial, or experimental vibes sometimes, but always with magic and poetry.

Right at the beginning of House Couture I wanted to place something after the futuristic ‘Garaldo’ from Acid Mondays that had an atmosphere that would take people to another landscape, with mystery and beauty. Terrence Dixon’s remix of ‘Shakea Body’ was absolutely the right track for that moment.

I had the chance to listen to this track during the licensing period of House Couture and it’s the typical kind of track I’m always searching for, for the label; housey vibes and a groove that sounds familiar with a personal touch and original elements. The result is something new, vibrant and creative. It will be released on La Vie En Rose as an EP with three other tracks from my boy Paolo Rocco’s crew based in Montreal, called Raw Moments.

Jerome Pacman was of one my main influences when I started to play and produce. I can remember having long and endless conversations with him many times, in the early hours, about music, history – the feelings and sensations we have been always sharing. He really emanated something special to me.

When I discovered this remix by Jerome, I was like.. ‘Wow!’, It’s totally his style, in fact I can identify with every second of this track. It’s got this kind of trancey vibe mixed with his unique style of vocal inspired by nineties hip house, which creates a really special atmosphere. I said to myself, ‘Ok this one is magic, it’s a House Couture track!’

I must say I am really happy to have him on the label too with his next EP, which is called ‘Merry Go Round’, with a Livio & Roby remix due for release on May 15.

This is an old one, which was repressed in early 2000. I’ve been playing it a lot, it’s what I would call old school US house with a European touch, those weird voices! It was considered really visionary at that time and still has that feel about it now.

It was hard to get in touch with Mickey, but when I eventually spoke to him about the project he was really nice and allowed me to use it for the compilation.

Mickey Oliver was, and still is, a key artist from Chicago with releases on labels like Mixin Music, Hot Mix 5 Records and DJ International. He’s the author of the famous In-Ten-Si-T and had a classic show on WBMX.

This one is special too as it was a present from Ivan Smagghe when we were buying records in Bastille back in 2003. Another track I’ve been playing a lot, so of course it had to be included on the compilation. When I started to play in London, when I lived there, I can remember closing an after party in East London with this track. It fitted perfectly with closing a crazy afters in London. Incredible vibe and endless loop. Parfait!

I’m very pleased with this track of my own, which I’ve just dropped on my solo EP for La Vie En Rose entitled Acid Heroes. From the start I felt I definitely wanted an EP that was built for the club. ‘Testing The Water’ is maybe the most special track on there, taking me back to my first few bits for Freak N Chic, with mysterious pads, and a lowdown, sleazy vibe – in a good way of course!

I have always strived to inject this kind of ambiance in my tracks, which is maybe related to my techno background and my first raves in Paris. When I made the track it was really hot in my studio in Madrid and I was imagining being on a beach with palm trees, the holidays were about to start… 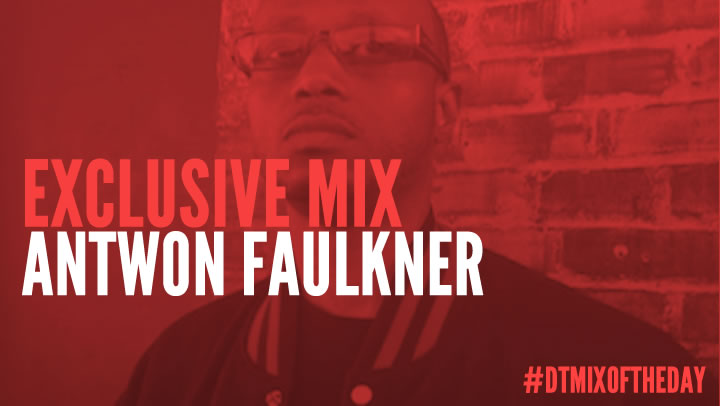