Todd Edwards is nothing if not an innovator. Hailing from New Jersey, music has always been a priority in Todd’s life as anyone who witnesses him working the decks can attest. Able to turn even the sternest of observers into a dancer through the raw emotion and passion in his music, Todd has always appreciated that music is a language, a feeling often beyond description and it shows in his work.

A true pioneer, Todd’s career is a story of highs and lows that that runs parallel to much of the history of the last 20 years of electronic music itself.  As you may have guessed from our gushing intro we’re quite the fans of Mr. Edwards and thought his was a story that needed to be told but why listen to us harp on? With his collaborative cut with Billon about to land on his inbound ‘Dive In’ EP for Rinse here’s the man in his own words. Welcome to 5 Steps With Todd Edwards.

My parents had been putting saving bonds aside for my college education, but they only amounted to $1400. I don’t know what college they were looking to send me to, but apparently it wasn’t Harvard! But that money was an important amount, as it was enough for me to purchase my first sampling keyboard, the Ensoniq EPS and I had enough left over to buy the expansion memory for the EPS which allowed me to have a generous 4mb of memory for sampling. That keyboard alone was the most important investment I ever made. As a producer, sampling is what I’m known for and I squeezed every bit of use out of that keyboard to make the tracks and first remixes that defined my career. Young producers in the game take it for granted how much they have at their fingertips. It would cost thousands of dollars in hardware to accomplish what you can do with just a computer laptop. I managed to take that sampler and develop a style that didn’t rely on the music equipment I couldn’t afford. A $1400 investment lead to a full time career in music, a much better use of money than going to Harvard… Thank you Mom and Dad!

I’ve had several defining moments in my life and career. Some good, some bad, and sometimes they happened at the same time. After my initial success as a young producer, I hit a low point in 1998. Personal struggles along with depression almost knocked me down for good. I pulled through, but I didn’t have much money coming in. There were bills and taxes to pay. Then out of nowhere Thomas and Guy-Man contacted me to collaborate on their sophomore album. More than fixing any financial burdens, working with Daft Punk was one of the best experiences of my life! Though we developed a great friendship, at the time they treated me like royalty. After working in my studio, they flew me out to Paris, twice, and in business class! Then they put me up in the Tim Hotel with a view that overlooks all of Paris! I had never been out of the country until that collaboration happened. I got to spend a lot of time with Thomas and Guy-Man’s friends, getting to meet and know DJ Falcon, Pedro Winters, and Gildas Loaëc to name a few. That first experience in Paris occurred the first week of July 1999. Not only can I still boast that it was one of the best times in my life, but it also occurred exactly one year after the worst week of my life. Thank you Thomas and Guy-Man!

It was 2007. I reached another low point. There was little work coming in, I felt let down by the person guiding my career, and I felt creatively stagnant. I was watching my friends settling down having stable lives, and here I was taking steps backwards. I felt I needed a break. It was meant to be temporary, but I got a job for two years doing customer service at a phone company. I hated the job, but I was paid very well. At first I wasn’t sure if I was returning to music. I slowly felt creative energy building, though this job made me feel like my soul was dying a little each day. One day I had enough. Up to this point I had a love/hate relationship with music. I loved it when it was good but hated the instability of the work. As I worked at the phone company I realized how miserable this “stability” felt. I also noticed how all my friends with stable lives had their issues and struggles as well. I had an epiphany though it was a bit morbid. I pictured myself at the end of my life lying in a coffin. As I’m lying there I ask myself what I would regret more, sacrificing the “stable” life for a life of making music or sacrifice music for stability. Well, you know what choice I made. I’m a musical artist. This is who I am. I’m not changing what I do 40 years into it. That ended the love/hate relationship with music. I accept that and appreciate my work even more. At the height of the American recession I decided to quit the customer service job and give music one more year to make something happen, and it did.

THE BIG MOVE TO LOS ANGELES

For 39 years I lived in New Jersey. The idea of living anywhere else never even occurred to me. But I wasn’t really living in Jersey – I was just existing. Most people change things when they are unhappy. I don’t know why that idea didn’t cross my mind. I just excepted life as it was, that it was meant to be. Thanks to working with Scion, A Club Called Rhonda, my managers Alexis Rivera and Elene Perry, Daft Punk, and getting a blessing from my Mom, I followed my desire and drove a moving truck across the country to Los Angeles, packed with my music studio, record collection, and bed. From the first time I went to Los Angeles I felt inspired. I had new feelings of happiness that I didn’t realize I was lacking. It was hard leaving Jersey. I’m so close to my family and friends. Being 3000 miles away from them is still difficult after two years. However, I feel moving to Los Angeles saved my music career and my personal life, both of which I felt were stagnant. I pretty much lived in my studio in New Jersey, but Los Angeles offered a flourishing music scene and a world of artists that I hadn’t been exposed to before. Being in Los Angeles helped me to evolve as a producer and a DJ. There was no room for me to grow in New Jersey. Now, it feel’s like I’m starting school. Life has become a new education. I’m glad I’m glad I realized how much I needed to learn.

I’ve always looked at Daft as constantly moving into the future, taking on new visions and projects. I assumed that working with me a second time would be more of a revisiting and not likely to occur. So, I was pleasantly surprised and extremely fortunate when Thomas and Guy-Man asked me to collaborate on their recent masterpiece R.A.M. Working with them in Los Angeles for three weeks was the final inspiration to move here. For a second time they were part of a very critical time in my life. I learned  so much from how they put this album together. It encouraged me to want to push the boundaries of my own work. When I found out that I was part of the nomination for a Grammy for album of the year, I laughed in shock. It’s wild! Just a few years ago I was working as a customer service rep. Then, to find myself onstage with these two androids and some of the most iconic musical legends to accept a Grammy, it was surreal! The 2014 Grammys was literally the best night of my life to date, and once again I have Thomas and Guy-Man to thank for that. At 42, when I look back at my life, I know I’ve had some major accomplishments. The wonderful thing is I’m inspired to keep creating and be the best artist I can be. I have these important moments and all those involved to thank for that!

Set to arrive as part of Billon’s hotly anticipated ‘Dive In’ EP April 6th, you can check out Todd’s new collaborative cut ‘Don’t Be Givin’ Up’ below.

Win Tickets To the Back To 95’s massive 14th Birthday 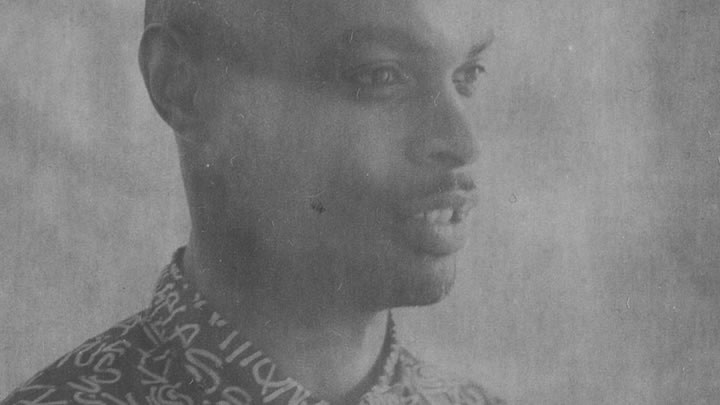