When it comes to making top-quality techno of a genuinely interesting and captivating persuasion, few of those in the genre’s esteemed history game can match up to German DJ and producer Oliver Huntemann. Last seen releasing his Schwarzlicht & Filmriss EP via his newly christened Senso Sounds imprint, his history in electronic music obviously stretches over a quarter of a century: to the late 80s, when the scene was in its infancy, with all of the euphoric sense of freshness and freedom that goes with it.

The biggest change Huntemann says he’s seen develop in the industry in the decades since is the increasing professionalism; refreshingly though, and in tune with the friendly and affable personality he projects, he’s incredibly positive about these changes. As an industry lifer, he has plenty of measured observations about dance music in 2015. Rather than seeing the business side as detracting from his passion for electronic music, he says it’s something that compliments it.

But how did this all come to be? What were the moments that mattered most in his journey to the top? Well, we reckon there’s nobody who could tell the tale better than than Oliver himself. So without further ado, may we present to you 5 steps with Oliver Huntemann!

It all started 1982 when I was fourteen years old Break Dance came to Germany. I was immediately infected with the music and the whole environment. We were a small group of boys who were dancing in the streets every day, trying to be like the Rock Steady Crew or the New York City Breakers. I loved this new music, which was made only from synthesizers and drum machines. Afrika Bambataa, Shannon, Hashim, Egyptian Lover, Arthur Baker – that was my sound. One year later I saw the movie Wild Style and I wanted nothing more than to be a DJ. I bought two cheap dual belt drive turntables and a small mixer without any gimmicks – it never had an EQ never mind effects or filters. My family didn’t understand what I was doing but I used every free minute to refine my mixing skills. From there it was not a long way from playing the first school parties. After finishing school I went to the Navy for my qualification as an electronics engineer but even there I brought all my equipment to the barracks when I was on guard at the weekend. During this time I had my first test play at a regular club, the Manhattan, because one of my friends stopped working there. It was like in a movie: I played my set and after the night manager asked me “What are you doing next weekend?” I answered “I don’t know” and he said “You do know because you’ll be here.” This was one of the biggest days of my life and I will never forget it. The music varied from Soul to Dance and later I had the opportunity to play Techno during the last hour before closing. I learned a lot about dramaturgy and music in general during this period.

Around 1990 I organised Oldenburg’s first Techno party ever at the Manhattan club. It seemed the whole city was in the club, curious but insecure about what’s going on because nobody was dancing at the

start. It took me a while to catch the first people and then there was no holding back . At that party I met producer Gerret Frerichs who invited me to join him in his studio because he liked my feeling for music. It turned out that we had the same vision of music and we started working on some tracks together. In addition I began buying instruments too. Luckily in the same building of the studio there was a club called Metro, where we were able to test our tracks. I soon quit my job at the Manhattan and we started doing our own nights at Metro. Exciting years of finding my own musical identity had begun. There was no genre thinking. We tried to combine Deep House from Azuli with hard Techno from Underground Resistance during one night and it worked out.

In 1992 piano player P. Kjonberg joined Gerret and me and we founded the project Humate. Our first single ‘Chrome’ was signed by Mark Reader who was running the legendary MFS label in Berlin. Our second single ‘Love Stimulation’ included a remix by an unknown 17 year old DJ called Paul van Dyk which became a huge success. At that time I decided to switch from DJing and producing being a hobby and wanted to become a pro.

A very creative time begun in 1995 when I moved from Oldenburg to Bremen and started my first label Confused Recordings plus my collaboration with Stephan Bodzin. The amount of the gigs I was getting booked for were rising and soon I was travelling the world.

Techno became bigger and bigger. All the major labels began signing each and any stupid track with a four to the floor beat. As to be expected: the whole bubble burst at end of the 90s. It was good for the scene because we were strong enough to learn from our mistakes and to rise again – independently. Stephan and I had a lot of positive energy and we tried different things such as the H-Man project and the Rekorder series around 2002. Another nice story is how I’ve sent a demo to DJ Hell with only my phone number on the CD, just to make him listen to it without it being prejudged. His Gigolo label was my absolute favourite at that time. Then this surreal situation happened when I had my first date with a girl on a sunny afternoon, a group of Bhagwan monks came from the front and DJ Hell called me at the same time. He asked: “What fucking bassline is this and who are you?” That was one of the goosebumps moments in life.

The knightly accolade came when I met former Mute manager Seth Hodder at the Love Parade 2006 in Berlin and he asked me to choose one of the older tracks from Depeche Mode to a remix. I remember I was thinking about it one week in Ibiza, listening to all DM songs while driving by car through the mountains. Finally ‘Everything Counts’ was the one we decided upon and I still can’t be more happy having chosen this song for Stephan and me.

In 2006 I moved from Bremen to Hamburg because of love and new challenges. Stephan and I decided not to work together anymore. It was time for both of us to concentrate on our solo careers. In the meantime I started working together with my highly regarded studio partner André Winter. We knew each other already from Oldenburg but only in Hamburg did we realise how strong our connection is. More remix offers from some of my all-time heroes came in. With remixes for Underworld and The Chemical Brothers I’ve been honoured big time. In 2010 I decided to stop Confused Recordings and to launch Ideal Audio. The year before Dubfire contacted me via MySpace and we started our successful collaboration with ‘Diablo’ on Cocoon. We then had good reason to make our second track ‘Dios’ the first release on Ideal Audio which was followed by the Elements series. Although Ideal Audio was doing pretty well I then felt it was time for change again. Ideal Audio and Confused were administrated by my business-partner Jan Langer from Bremen but I wanted to have everything in one office here in Hamburg. So last year was the beginning of another chapter with the launch of my new label Senso Sounds and my own booking agency Kontrast Artists. What can I say? I feel reborn. Senso Sounds is more than doing well and Kontrast Artists has a respectable roaster with dubspeeka, André Winter, Jens Bond and of course me on it’s stable – it’s the perfect base to travel the world.

How do you prepare for a DJ Gig with Oliver Huntemann
Grahame Farmer May 28, 2019

How do you prepare for a DJ Gig with Oliver Huntemann 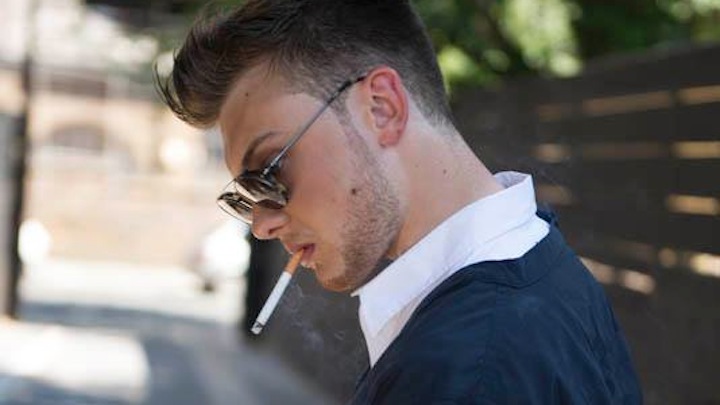