There aren’t many DJs who can claim such a globally respected reputation as Judge Jules. In almost 30 years behind the decks, he’s dominated Ibiza, the Radio, the charts and of course the courtroom; in fact it would probably be easier to name the things Jules hasn’t done!

Alongside his career as a professional music lawyer, Jules has seen production success – with over 100 tracks (including 3 top 20 hits) and numerous compilations under his belt – and doesn’t show any sign of stopping. Plus through 15 years of Judgement nights on the White Isle, his hugely popular programmes on Kiss FM, BBC Radio 1, and now his new The Global Warm Up show, Jules has had untold influence over the path of dance music.

Jules’ latest project, the Judge Won’t Budge Tour, sees him hitting a host of top clubs and festivals right up until June 6th.

But how did this all come to be? What were the moments that mattered in the Judge’s journey? Well, we reckon there’s nobody who could tell the tale better than the man himself. So without further ado, the court is in session; all rise for the honourable Judge Jules!

The first career defining moment was in the acid house era of the late 80s. I’d recently started DJing, and the first couple of years of my DJing career largely involved promoting my own events, which were usually illegal parties. At one of my parties, taking place in a disused warehouse in Clink Street just near to London Bridge Station, I was lucky enough to play the favourite records, one after another, of one of the most significant club promoters in London. He gave me his card, called me up and very shortly afterwards I was booked to be resident DJ at his club. It was called Club MFI and was one of the significant acid house clubs of that era.

I was only 18 years old and it was a huge break because it exposed me to all the key promoters of the time. Following on from that, I was booked for just about all the orbital acid house raves that are now in the annals of history. So, in common I suspect with a lot of people who’ve done well in their respective fields, I had a touch of luck. I’d played all that particular promoter’s favourite records and he just happened to be in the party, on the dancefloor at the time. At the same time, we make our own luck and the fact that I’d been promoting events meant that he was there in the first place.

I’d been on radio for over 10 years when I joined Radio 1 in ’97. I started on pirate radio stations, where one turned up disguising the fact you were carrying tunes to very dodgy tower blocks in insalubrious parts of London, but Radio 1 was always my ambition. In fact, it’s the pinnacle of ambition when it comes to radio, particularly during the pre-internet era.

I’d been doing Friday and Saturday night shows on London’s Kiss FM, which around that time, and in fact more recently too, was the single biggest recruiting ground for Radio 1 DJs. I remember the day the call came. Station boss, Andy Parfitt said “I’m going to give you two shows”. In my radio career that moment was only matched by Kiss FM being given its licence in 1990. I’d been broadcasting on the station as a pirate, and Kiss, at that time, became the first ex-pirate station to be granted legitimate status in a generation. So those two are my golden radio moments!

I’d been DJing at all the key clubs in Ibiza, including Cream at Amnesia and Cream earlier than that at Privilege. Also Manumission, Miss Moneypenny’s and Clockwork Orange, and all of those events saw me generating very big turnouts.

Around that time a friend told me that he’d invested in a club which wasn’t the most highly regarded venue in San Antonio, formerly known as the Star Club. He sold me the dream of creating a new super club in San Antonio which would be called Eden. It was a bold decision to decide to go there because I could’ve taken the safe option and stuck with visiting every week, on rotation, the various other venues I was doing, including Pacha, Amnesia, Ku, El Divino and Es Paradis.

So, I created my own brand and abandoned playing for all those others because you couldn’t do both. So Judgement Sundays began, and there were significant nerves in 2000 when we opened our doors for the first time. Low and behold by 11 o’clock, because of course Ibiza clubs open quite late, there was already a queue around the block. And now, fifteen years later, the night is the longest standing DJ residency ever in Ibiza. I had friends to help me along the way so I wouldn’t like to take sole credit for having done this, but I think it’s been a singularly important factor in my career because an Ibiza residency is such a huge shop window for what you do.

I graduated with a law degree from LSE when I was 21, but by the time I was 21 my DJ career was already firing on all cylinders and it became immediately apparent that I wouldn’t need to go and become a lawyer. I was in that lucky situation of earning a full time living out of DJing. It’s important to appreciate that, both as a DJ and a musician, if you are one of the few fortunate individuals who can make a full time career, as opposed to being a hobbyist or part timer who earns most of their income from another source, then you’re very lucky. But I always knew that one day I’d go back and become a lawyer. But not any old lawyer, somebody who’d use the experience that I’d gained throughout my working life. And my goal was that by the time I was in my late thirties I’d go back to college in order to continue my training as a music/entertainment lawyer in order to kick off a legal career at some point in my 40s (whilst, of course, continuing to DJ).

I remember the day I went back to school for the first time because I needed to redo first my law degree (which was by that point out of date) followed by professional qualifications. Looking around in the class, there were a couple of people who recognised me, which just made the whole experience of being back in an educational establishment some 15 or 20 years after I’d last studied seem all the more surreal. But now that’s all done and dusted. I got my degree, studying as slowly as possible part time (I could’ve completed it full time in one year but did it part time in two). My studies were predominantly done on board planes and in hotel rooms whilst touring. Once my degree was completed, I did the same with my professional qualifications, and here we are now!

Having been with the same management for a long time, in 2014 I took the plunge and decided to change. We thought we’d go for a small rebrand because as a DJ you constantly need to reinvent yourself to a new market, and therefore decided to play on my catchphrase and set up a UK tour. We’re now midway through that tour and I think it’s been one of the defining moments of my career because it’s a real mission statement and it’s going so well so far!

Get all the latest from Judge Jules via his website, Facebook, Twitter and Soundcloud pages, listen to his latest Global Warm Up show below, and catch him on the Judge Won’t Budge tour on the dates at the bottom. 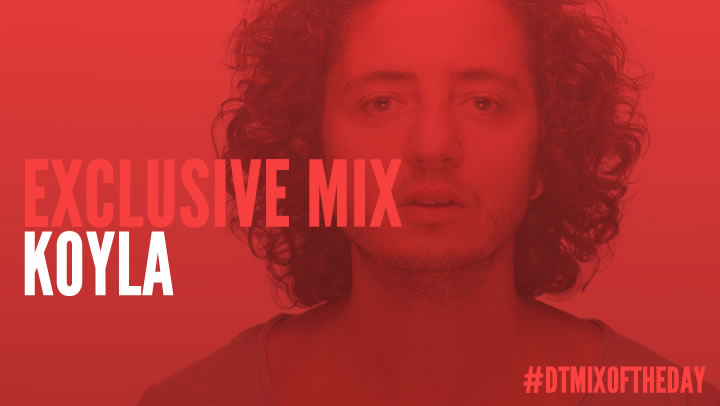