Ed Rush & Optical are a duo that need little introduction, but they sure deserve one anyway. Their pioneering reinvention of drum & bass changed the game in ’90s and the genre has never been the same since. Founders of drum & bass powerhouse Virus Recordings, Ed and Ops helped push a raw techstep sound, creating countless classics along the way. Just think about it; ‘Millennium’, ‘Compound’, ‘Funktion’, ‘Watermelon’, ‘Alien Girl’ – whether you’re a diehard d’n’b addict or just dip your toes in occasionally, it’s practically impossible to have never heard an Ed Rush & Optical track (and even if somehow you haven’t, the amount of music they’ve inspired is unfathomable).

For their latest offering, the pair have been tapped by London nightspot fabric to contribute to the acclaimed FABRICLIVE mix series. Recognised as stalwarts of the club since the very beginning, Ed Rush & Optical join the likes of LTJ Bukem, Commix, Goldie and Calibre in cooking up a compilation for fabric. The 39-track mix offers a more contemporary, rough-edged take on their sound, featuring work from Noisia, Audio, Mefjus, Black Sun Empire and Optiv & BTK to name but a few. Plus there’s a hefty helping of both new exclusives and old favourites from the Virus duo themselves.

Over a decade and a half on from their incredible debut album, Wormhole, and Ed Rush & Optical and still going strong then. But their path to success can’t simply be summed up in a few sentences from us; the only way to find out the real story is to get it from the men involved. So in celebration of their new release, we asked Ed Rush & Optical to take a little trip down memory lane and reveal the 5 milestones that made them who they are.

Meeting Up At Music House

We first hung out together at Music House which was a place on the Holloway Rd in N London where everyone used to go to cut their dub plates for the weekend. It played a big part in our scene in the 90’s as it became the hangout for DJs and producers. You would sit there all day waiting to cut your plates from producers who you had collect dats from earlier that week. They only had 2 lathes so were limited with how many they churn out per hour. I used to really look forward to cutting there usually on a Thursday. Producers only let certain DJs cut their tunes to plate so there was lots of listening to what other people were cutting and then trying to hustle to get a cut of it for yourself by either calling the producer to ask permission to cut it. If this failed it went on your wishlist for the following week. All the big tunes that were getting played at the clubs at the weekend were all cut there so it was a great way of keeping in the loop with what was happening in the scene and what direction producers were taking with their new tracks. There was real sense of community down there as people were stuck there literally all day together talking shop and throwing banter around. People would eat their dinner in there and drinks were flowing. It was a lot of fun times.

As soon as we first met we knew we were into the same things musically and it wasn’t long until we started to make tracks together. We were both already established in our solo work but something special seemed to happen when we made music together. It was a time of a lot of experiments and free thinking amongst all the producers in our scene and we felt we were making music that didn’t fit the other labels we were working with. At the time quite a few of the scene’s top producers were signing major label deals and going that route but we thought that would not work with our approach which was away from all the structure and rules of modern music without becoming meaningless noise. We had both studied the accepted ‘right’ way to produce music and standard practice of studio production for nearly a decade by then so it felt like the right time to try and experiment with everything you were not supposed to do and see what happens. We broke a lot of speakers and gear in that era by overdriving it or rewiring it or just turning up all the controls to 11! The result was a whole bunch of tracks over 1997-8 that went on to make up the first releases by us on Virus. (Medicine/Punch Bag, Satellites/Zardoz, Crisis/Lifespan, Sick-Note/Watermelon, Bacteria/Gas-Mask)

Throughout 1997 and ’98 we both spent most weeknights between gigs to make music together. Rob Playford (owner of Moving Shadow and Jedi-Master-Producer) very generously let us have a space in his office building in Soho, London to build a (truly special) studio and we spent most of our time there in those years making music together. Towards the middle of 1998 we realised we had a serious collection of different songs and they just seemed to fit together perfectly. The idea of a DNB artist LP at that time was not established but we wanted to try and show all the sides of the experiments we had been working on in a collection of tracks…our music was very distilled to the core of what we wanted to make so individual tracks created a bigger picture when put all together. It created the soundtrack to the journey through our lives at the time and the bringing together of all our collective knowledge and experiences of making music during that period. ‘Wormhole’ was at the time a gamble for us in terms of turning down selling the LP to a major label and going with releasing it directly on Virus but it turned out to be the right decision as we have never had to change our approach to making music throughout all the years and we have been part of a truly incredible group of musicians in the DNB world.

‘The Creeps’ was our second LP and involved so many crazy studio setups and more experiments with a small army of analogue studio gear, drum kits, bongos, a Studer 2″ 24 track tape machine, the best/worst reggae soundsystem in the world shoe-horned into our studio, lyrics from Ryme Tyme written on napkins in the local caff, tears, uncontrollable shouting, pointless ranting, hugs and senseless jumping around, sleeping on the floor, spending 16 hours making a high-hat only to find it was crap, extreme bi-polar excitement and doubt… a studio amplifier that needed to kicked on the left side of the top of the case to make it work every few hours…

And then finally… when it was finished… getting an award in front of those producers that we wished we could make music as good as… at what was the legit DNB awards at that time… the people who truly cared about our scene… it was really unreal and very humbling… we felt like crying after all the stress of pushing ourselves as far as possible to make the record but we sucked it up like grown-ups and reached for lots of strong drinks and tissues!

We both grew up very aware of the significance of Glastonbury to the world’s festival scene and had both been to the festival as teenagers. When we got the news that we were going to play there on a big stage we were totally blown away. The whole weekend was like a dream and the gig was extra special thanks to a bit of rain that made everyone in the festival try and pack in the dance tent just as we came on to DJ. It was the first huge gig we had ever done and it was incredibly daunting but unforgettable. We had a chance to re-live the experience last year on the unbelievable Arcadia stage at Glastonbury and it was just as amazing… and extra special as our kids got to come and get on stage with us for the first time! It was a dream to play there when we were starting out and after all these years it still is!

FABRICLIVE 82: Ed Rush & Optical is out now via the fabric store, and you can catch the boys in action at the official launch party at fabric on August 21st. Tickets are available here. In the meantime, check out ‘The Turnover’, taken from the forthcoming ‘No Cure’ LP on Virus Recordings and featured on FABRICLIVE 82 below. We’ve also chucked in the full FABRICLIVE 82 tracklist underneath the stream. 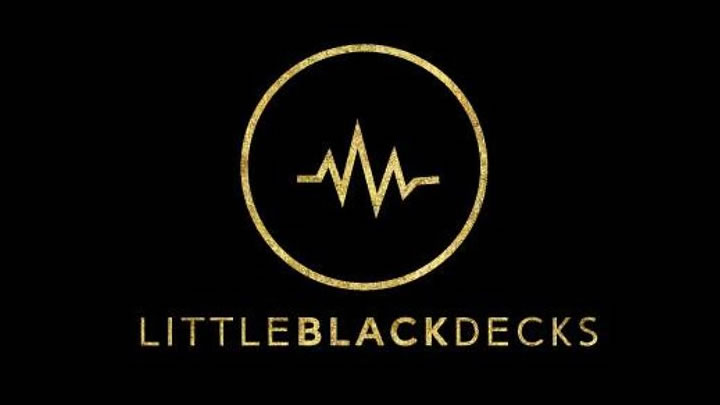