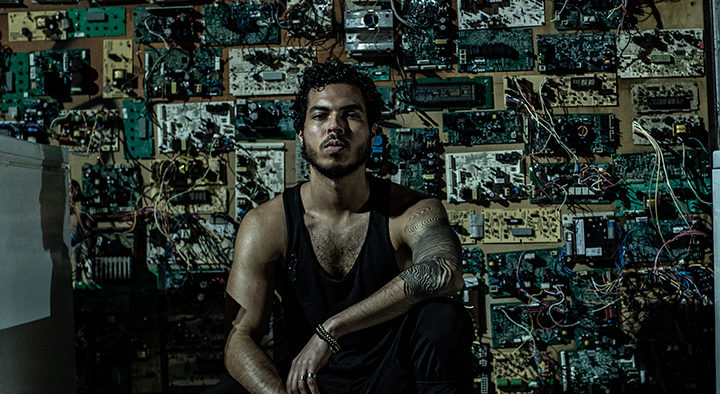 Balance Music is to release ‘Meteorite Man’, the fantastic debut album of much vaunted American producer Brian Cid, in December 2018.

Cid hails from Brooklyn and has a rich history in music. From playing the drums as a youngster and experimenting with his own compositions, to working in the pop and hip-hop worlds as an audio engineer for more than a decade, his studio skills are unquestionable. Driven by a love of club culture, he brings a lush and melodic style to the scene and has done so on labels like fabric, Hot Since 82’s Knee Deep In Sound and Get Physical. Always turning the heads of those who know, kingpins like Joris Voorn and Sasha, Lee Burridge and Pete Tong have all played his music, and he has recently launched his own label Endangered, which next to releasing music also deals in global events that combine live performance and art. On his debut album, he goes further than ever before to serve up a stunning ten track affair that takes you on an immersive musical adventure with meaning and purpose.

With his passion for nightlife, as well as some memorable club experiences in the NY scene – Brian’s DJ career was born out of his organic talent for mixing melodic, lush, sublime & unexpected sounds. He’s now a regular at some of the most boundary-pushing events in NYC, like Cityfox @ The Brooklyn Mirage, Teksupport, Afterlife, and Members Only, along with tours all across the U.S. from Boston to Burning Man. Global tour highlights include Do Not Sit @ Heart Ibiza, The Bow in Buenos Aires, Hardpop in Mexico, Coda Toronto & Stereobar Montreal in Canada, Kater Blau Berlin, and dates throughout India & The Middle East.

With his ”Meteorite Man’ being released we asked him to give us the 5 pivotal points of his career to-date! 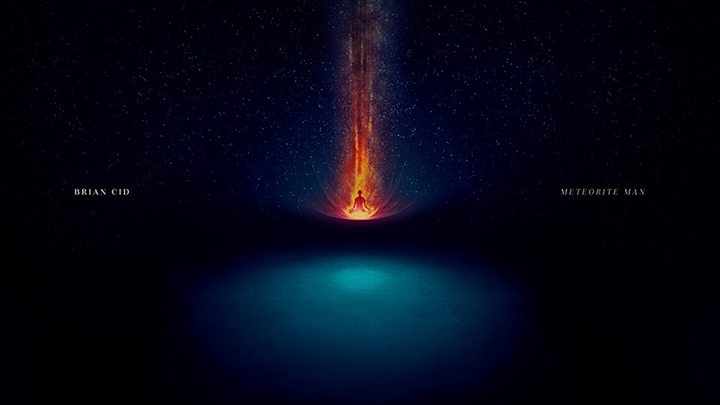 1. My Step Into Electronic Music

After years of working as a professional mixing and mastering engineer in NYC and nearly a decade as a Hip-Hop/Pop producer, I decided to step into a world that allowed me to have more creative freedom. I fell in love with the limitless nature of the underground and decided to give it a full spin. One thing led to another and here we are, embracing it to the max. It has been a beautiful journey so far, with so much more ahead.

When I stepped fully into electronic music after being discovered by Todd Terry as a producer, my music started to sneak into the libraries of many DJ’s. They would then reach out to me and invite me to come see them play. When I saw and felt the reaction of the people when the DJ would play my music, this completely turned my world upside down. Right then and there I decided I would learn to spin records and play them myself.

Endangered was a natural evolution of my first label called Extinct. Extinct came along because I wanted to have direct contact with my fans and not have to worry about the musical agenda of other labels. Extinct became key in establishing my true sound. After a few years of only releasing my music through this label, I decided to rebrand the imprint and include more new upcoming artists to the label, as well as a party series that goes by the same name, Endangered. This label is now my main focus, with so many exciting plans slowly developing. Super excited for what’s to come.

It was a really big surprise for me to be nominated in this category given the fact that I am a producer that DJs, not a DJ that produces. It was very humbling and it made me understand that not only was I doing something right, but I also had eyes on me. Big eyes for that matter!

I am a big fan of lengthy EPs or LPs, so it was just a matter of time for me to build a full length album where I showcase stronger musical work as well as a longer story. ‘Meteorite Man’ is my most personal musical story yet, and is one that I am super proud of. It has been causing an amazing reaction before its release, and I can’t wait to see what happens after. 10 powerful tracks created and selected over a course of 3 years. I am grateful to the legendary Balance Music for believing in the project, and putting an amazing team behind it. Expect so much more from me, I am just now getting started.

Brian Cid ‘Meteorite Man’ is available on Balance Series now! Check out the previews below and buy the album here