System 7 are Steve Hillage and Miquette Giraudy, who released their first System 7 record in August 1990 on Virgin Records. Since then they have released 11 albums and collaborated with electronic music legends such as A Guy Called Gerald, Derrick May, Laurent Garnier, Alex Paterson (The Orb) and Jam El Mar, as well as releasing a string of singles with classic remixes from Richie Hawtin on ‘Alphawave’,  Dubfire’s ‘Spacebird’, Carl Craig and James Holden. One of the few techno groups to feature the electric guitar (with the sound often heavily processed), System 7 launched their own A-Wave label in 2000, named after their iconic ‘Alphawave’ track that’s still being played today in its glorious full 20 minutes.

System 7 remain immersed in the alternative dance music and festival scene both here and abroad, and were instrumental in launching the first official Dance Stage at the Glastonbury Festival back in the mid 90’s booking Carl Cox and Richie Hawtin for their Glastonbury debuts. Continuing to tour worldwide headlining some of dance music’s biggest festivals including Glastonbury, Glade, Sonica and Ozora, System 7 were also recent Guests on The Orb’s 25th Anniversary UK tour.

With their new definitive Singles & Remixes double CD collection, ‘Out’, out now, System 7’s Steve Hillage talks about the 5 Pivotal moments that shaped his journey into music.

As a budding guitarist aged 15 seeing Hendrix at close quarters – literally 6 feet away! –  was like an atom bomb for me. I saw him live quite a few times but nothing really compared to the first two times I saw him at the Marquee. I was quite lucky because my school was in central London and my friends and I went to see loads of seminal bands after school, in the psychedelic heydays of 67-68. But is was not just the amazing guitar technique that floored me – it was the sense that a mysterious power was passing through his music, and this sense has stayed with me in my journey into dance music, where the music has a disembodied energy independent of the DJ or producer that is playing it.

We hit it off from the first instant of meeting in Paris. I was very impressed with Miquette’s unique comedy way of playing the piano – and she told me she wanted to get a synthesizer and play electronic sounds. We lived together while I was in the psychedelic band Gong and her musical style started to blossom. After we both left Gong we became full time musical partners and co-writers, transitioning fully into electronic beats in the mid 80s. Miquette was also a prime mover in our early ambient success Rainbow Dome Musick. The core members of System 7 are basically myself and Miquette, but we love doing collaborations. If the style of System 7 can be typified as ‘Techno Trance’ then in actual fact Miquette is more ‘techno’ and I am more ‘trance’. She loves Detroit techno and really hit it off with Derrick May and Carl Craig.

Seeing a DJ play Kraftwerk in a disco in 1978

On permanent tour with the Steve Hillage Band in the 70s after leaving Gong, we found ourselves at a club date in Plymouth at the Metro Club. Before our set there was as disco and lo and behold the DJ played several Kraftwerk tracks including “Robots” and “Space Lab”. I was a big follower of German music but I had never experienced Kraftwerk in this context and was astonished to see the young disco crowd really dancing to this finely sculpted disembodied electronic sound pulsating out of the PA stacks. It was a true “Eureka” moment for me – I saw the future! “Electronic dance music is going to be massive!” I would declare in interviews after that, with rock journos looking at me like I really was an acid casualty. This was fully 10 years before the acid house Summer of Love, but as club music progressed in the 80s from early electro to house it really was no surprise to me – I had seen it!

Meeting Alex Paterson of The Orb, and starting System 7

We were introduced to Alex at EG Records in 1989, for whom I was producing a album for one of their bands. They had heard about my interest in dance music and thought Alex and I would get on well, which of course we did. We talked about our new projects The Orb and System 7 and Alex invited us down to his start-up ambient room at Paul Oakenfold’s Land of Oz night at Heaven in London. And as has been much documented, as we were entering the room Alex was playing our ‘Rainbow Dome Musick’ and mixing it with some beats. It was like we were coming home – to our new musical home! An ambient techno home that we still live and thrive in! This moment was definitely the final catalyst. Subsequent to that, we collaborated extensively with Alex in 1990 on both the first Orb album and the first System 7 album and our long collaborative relationship continues to this day. The first System 7 release “Sunburst” (1990) was a collaboration with Alex.

When we first received the mix from Richie we played it in our flat in Notting Hill and we were astounded at how he had used our sounds from the original ‘AlphaWave’ track to create this 20 minute epic. It was truly electric spine-tingling moment! We also particularly appreciated the way he created his 303 acid pattern with a 7 beat sequence – we always felt that this was specially tailored for System 7! It was at this moment, in early 1995, when I was also putting together the lineup for the first dance stage at Glastonbury Festival, that we finally could see that our System 7 project would have great longevity. This pre-dated our big success in Japan and elsewhere, but from this specific ‘AlphaWave’ moment we felt that we had arrived! When we started our own label in 2000 we called it A-Wave, after what has been undoubtedly our biggest track.

System 7 celebrated their 20th year of playing Live at Glastonbury Festival by headlining The Glade ahead of the release of their new definitive Singles  & Remixes double CD album ‘Out’ on A-Wave. Check it out below! 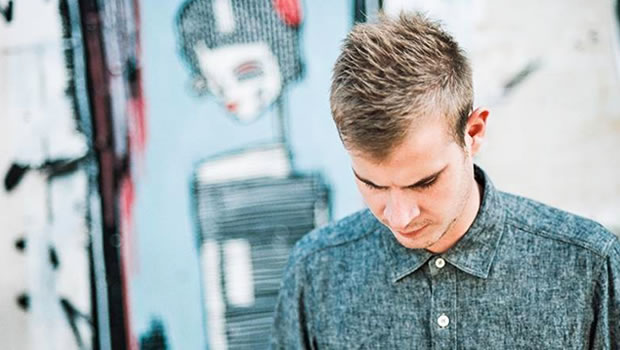