Carving out a niche for himself as a DJ & Producer of International repute, 2014 has seen Pagano take his music career to the next level. With the past year seeing scene legend Carl Cox supported two of his singles in his Global Radio show, and Danny Tenaglia personally getting in touch to congratulate him on his remixes of Danny’s classic ‘Music Is The Answer’ on Twisted America it’s fair to say the last 12 months have been kind to Pagano.

Blending a seismic mix of techno and house, Pagano is already blowing the dance floor away with tunes such as ‘My Pumpin Bassline’ which is the second track Pagano has signed to 1605 and the follow up to his big room Tech House monster, ‘Everybody Hip Housin’ that Umek loved so much he opened his DJ set at the Orlando edition of EDC Festival.

Pagano’s Circuit Festival CD mix has overtaken sales of current albums by Defected and Pete Tong proving that Pagano’s hard work and unique musical and production style has earned him a hardcore fan base without having any marketing schemes or fake social media likes and plays behind him. With a forthcoming headline slot at Trade 2WENTY 4OUR: The Longest Birthday on Saturday October 25th plus International dates in Berlin, Barcelona, Brazil and Brussels, we thought we’d invite Pagano to talk us through hs career in his own words. This is 5 steps with Pagano.

I was only 8 years old when one of my Mum’s younger assistants at her work gave me a 90 minute cassette tape with the recording of a live DJ set from a club in northern Italy as a present. The tape included a mix of Italo-disco, New Wave, Synth Pop and other genres popular in clubs at the time. Being 8 years old I had no idea what a club was or that such music even existed but the dark and electronic vibes of that newly discovered music immediately cast a spell on me that was going to shape my whole life. My parents were a bit worried. Instead of playing with toys, I was suddenly obsessed with finding more of this music. I think I must have listened to that tape non-stop on my small one-speaker cassette player a million times back then. Even in my teens I was going back to it every now and then. I memorised all the songs and even the transitions between them. When I moved out of Sicily I lost track of the tape and never found it again. I was kind of devastated. Only a few years later and thanks to the advent of the internet I managed to find out nearly 90% of the tracks which included tunes such as Human League’s ‘Life On Your Own’, Herbie Hancock’s ‘Rock It’, Frankie Goes To Hollywood’s ‘War’, Howard Jones’ ‘How To Get To Know You Well’, the original version of ‘Self Control’ (later butchered by Laura Branigan) by the original Italian writer and singer of the song Raf, The Bar-Kays’ Sexomatic, Topo & Roby’s ‘Under The Ice’ and many others.

While living in Bologna during the time of my University degree I was spending most of my free afternoons hanging around at ‘Record 66’, one of the local vinyl stores for House, Techno and Progressive 12″. By this time I had already cut my teeth working as a DJ in many clubs around Italy. Most of the local DJ heroes and music producers used to go to this shop. One afternoon I heard about a position opening at one of the biggest dance music import/export distributions in Milan called Bomb Distribution which was also the Italian branch for the German Intergroove. Intergroove was one the most important distributers in the world back then responsible for some of the coolest Deep House, Tech House and Techno labels in Europe at the time. So after enquiring about the position, I offered myself for an interview and I was put in touch with the owner. I suddenly left University mid-term and moved to Milan to pursue my dream. I started working at the distribution as the assistant import/export manager during the week. At the same time I was given the possibility to use free of charge one of the recording studios at the record label owing the distribution to start producing my music. I remember this period as being very tough. My family was not happy at all that I left University and this put a strain on our relationship, Milan was a new city for me and not a very friendly one plus I was working very hard every day but I was so focused that nothing really mattered.

The move to London

Many jobs later, my career in the music industry and as a DJ / producer was advancing. By the early 2000s I was managing one of the in-house studios and working as one of the heads of A&R at Media Records, which at the time was the biggest independent record label in Italy. Media Records was also the home of Mauro Picotto, Mario Piu’, Joy Kitikonti and other internationally recognised DJ/producers. Around 2002/2003 just like the whole music industry, Media Records got hit by the incredible drop in sales caused by the rise in popularity of MP3s, file sharing programmes and online piracy. The industry was not changing fast enough to adapt and as a consequence many record labels started to shut down or downsize. I did not lose my job but I did not see the future I dreamt of at Media Records anymore and so I resigned. The company was based in a small town far away from any big Italian city. In order to find a new job I had to move back to Milan. Since my memories of Milan were not very pleasant I decided to move to London instead. London represented a much more promising land of opportunities with its dynamic job market and multiple music companies. I had to start from scratch once again. It was tougher than the first time when I moved to Milan but in retrospect it was worth it. During my first years in London I was DJing in all sorts of bars and clubs, small or large, straight and gay. I went back to University and finished the degree I started in Italy at the London College of Communication in London. I was working part-time as a sales assistant at Harrods (yep! that’s right!) to put myself through college. Simultaneously I kept producing music and I started to get tracks signed to DJ Chus (of Chus & Ceballos) ‘Stereo Productions’ label. This led to a few remixes for Champion Records (De’lacy, Kathy Brown and Robin S which all hit Top 3 in the official UK Dance Chart).

The HEAVEN and TRADE DJ residencies

In the UK my contacts and profile in the industry started to grow, especially in the gay scene, and I ended up getting offered a Saturday night DJ residency at Heaven in London. At Heaven I started to play all night DJ sets once a month pushing a darker and more underground sound to what the punters and club were used to. It was a great opportunity and the perfect platform to showcase a new vision. This suddenly opened the doors to offers of gigs all over Europe and to the offer of a DJ residency at the UK’s most legendary after-hour club Trade at Turnmills. This was a like a dream come true. To this day I am still one of Trade’s resident DJs for its event at EGG in London.

As a final point I could choose among many impressive or relevant moments in my recent career. However the following is the one that makes more sense to me. I recently came to the conclusion that all I do with music I do for myself and for my personal satisfaction. In the past I have turned down incredible opportunities both as a DJ and as a producer because I felt that if I had accepted them I would have had to compromise one way or another and not stay true to myself. The most pivotal moment in recent years for me has got to be seeing my productions supported by the DJs and Producers I idolized while growing up. During the last few years my productions have been supported in their radio shows and live DJ set by legends such as Carl Cox, UMEK, Roger Sanchez and many others. This led to my first release with UMEK’s label 1605 and many other opportunities. I am currently reworking for an official release one of the most famous 90s House classics from one of the most influential and credible American House music producers. These are the kind of things that motivate me and keep the spell alive a long way from Sicily and that 1984 cassette tape. 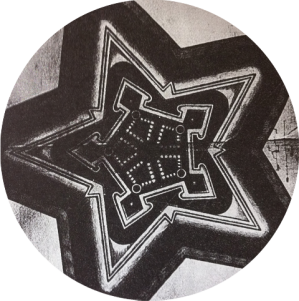