Regardless of what people tell you everybody needs a little bass in their life from time to time so for our latest edition of our 5 steps series we went to our go to guy when we’re looking for our bass equivalent of our five a day: Low Steppa. Needing little introduction we’ve long been fans of Low Steppa both as a producer and a DJ. Since the early noughties he’s been producing some of the finest bass music around under various guises, whilst touring the globe and rocking some of the world’s best parties – from EDC in Los Angeles to Womb in Tokyo.

Not content with smashing it as both in the DJ booth and the studio he’s also turned his hand to running a label with His own imprint Simma Black Records going from strength to strength and finding its releases becoming staples in DJ crates of many the scenes coolest names. So with Low Steppa about to touch down on the Isle Of Wight this weekend for a hotly anticipated performance at Bestival and an arguably even more hype generating set for SubSoul at Village Underground on the horizon we thought the time was right to see him take a little trip down memory lane and reveal the 5 milestones that made him this man he is today.

I had wanted to DJ since I was 14 and although I didn’t really know why and didn’t even really understand it at all I was just obsessed with the rave tapes I had been given at school. I was, for some reason fascinated by the fact that the music was continuous. We would all swap tapes but it was a Stu Allen tape that I remember as being the one. Four years later I finished my A Levels and went to Art College. In the first week there was a party in some pub, someone’s boyfriend was DJing. This was when there weren’t many DJs, not like now. I was just blown away, the music, the decks, the people dancing, I still remember how good this guy was, he got everyone going. I went away and bought some vinyl from Birmingham but I didn’t have any decks and didn’t know how to do it. I made the mistake of buying some shit belt drive decks. I remember having a paddy and telling my parents I couldn’t do it and had wasted all that money. I persevered with it, figured it out and soon realized I wanted to upgrade to technics so I sold the belt drives to some guy with really shaky hands – it’s strange the things you remember eh? When I got the technics I would mix for hours and hours. I learnt to DJ by mixing Daft Punk’s Homework album together. I lived for the music, all I wanted to do was play records, even if it was only my bedroom.

A year later I went to UWE in Bristol. It’s funny looking back as I didn’t even take my decks with me and, was almost like I had turned my back on it for a moment. Maybe I was too excited to leave home, a small village near Stafford to the center of Bristol – which for me was rather epic. A few months in I took my decks down and got heavily back into the bedroom mixing again. I started going into the nearby record store and where a guy there called James gave me a gig with him. I then started getting gigs in bars and this is where I would say I really learnt the art of DJing. I was playing rare groove, disco, funk, house for 5 hours at a time. It was all I thought about; University didn’t interest me at all, so God knows how I even came away with a degree!

In about 2005 I moved back up to Birmingham and whilst I can’t quite remember exactly how I met George Kafetzis it would prove to be crucial. We were both crazy about house music and learning to produce. I remember we went up north to press some tunes we had made to vinyl. Mine sounded like absolute shit, I didn’t know what I was doing but I still remember that day. We set up a label called Red Leather and we got better and started flogging some vinyl online and in local stores. This is where my life as a music producer began. Birmingham was also where I met Marc Spence, a promoter at the time for a night called Spin, he got me a booking and my DJ career grew from there in the Birmingham scene. Me and Marc have remained close ever since.

So as many musicians know its ups and downs. I had been out in USA living in LA making music I wasn’t particularly fond of anymore and decided to come home, I think I could have carried on but my heart just wasn’t in it. I came home and was messing around with my side project which actually started as a bit of a joke and purely for fun, Low Steppa. I had to get a job, needed money and started a temp job working in an office for a company who sold plug sockets and light switches. As you can imagine it was painful, sat at a desk, uninterested wondering how long I could hide in the toilet for each time. It was killing me day by day. I was like a rotting flower, it was absolutely soul destroying. After 3 months I got sacked, mainly because I was shit. I was actually wounded but this would prove to be the greatest thing that had ever happened to me. I tried to get another shitty job but no one wanted me. So I had no choice but to turn Low Steppa into a career and here we are.

So Mark Radford hit me up about a year and half ago and asked me to play at his party at Ministry Of Sound in London and I was buzzing. I headed down there and bumped into a guy called Laurence in the artist area back stage. This was to change everything. Laurence watched me play and to be fair I did a good job in room 2. Laurence must have thought I was rather good and offered to manage me. From this day onwards we have worked nonstop and Team Steppa has grown and grown. I’m fortunate enough to have a great team around me, Laurence, Jules, Wez, Mark and we all work super hard and we bloody love it, well maybe Mark doesn’t…

Get all the latest from Low Steppa via his Facebook, Twitter and Soundcloud pages, listen to his edition of the Data Transmission podcast below, and catch him alongside Chris Lorenzo and the SubSoul crew at London’s Village Underground October 10th. Tickets are available here

Mark Radford returns to Audio Rehab with ‘Can’t Let This’

SVP teams up with A Little Sound for Audio Rehab debut 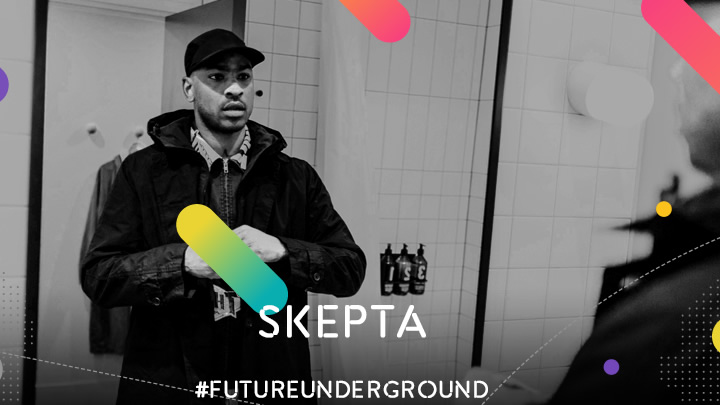