An international DJ, acclaimed producer, in-demand remixer and record label boss, Jon Rundell is now a far cry from where he started out; saving money from part time jobs to buy his first set of decks at the age of 15. DJing and organizing his own club nights across Brighton before leaving the South Coast to cut his teeth on the London Club scene, Jon met Carl Cox.

“I shouldn’t have been in there, as I was under age,” says Jon, on his first meeting with Carl in Brighton’s Zap Club back in 1996. “He was pounding out the Techno and I managed to speak to him after his set. We bonded over a story on how my gran had actually seen him play before me, at a rave at The Brighton Conference Centre.”

After striking up the friendship with Carl, Carl soon became a staunch purveyor and strong supporter of both Jon’s production work and DJ ability, and in 2006 asked him to join Intec as A&R and Label Manager. While working on the label, Jon travelled the world Djing, and was responsible for the re-launch of the historic label in digital form.

With the launch of Jon’s latest two track EP on Intec called ‘Warped EP’ which features the tracks ‘Warped’ & ‘Mind’, we asked Jon to pick the 5 most pivotal points of his career to date.

Public Enemy – Top Of The Pops

I used to watch this programme all the time as a teenager, and one day Public Enemy came on and blew me away with their raw, fresh and energetic sound. I’d never heard music like it up to that point. I had no idea what they were rapping about as I became more interested in what the DJ was doing behind them with the records. This moment started my interest in becoming a DJ. I began to go to a local record shop with money Id saved up from a paper round and buy US hip hop imports. I had no idea who these bands were I just literally bought them on the basis of if I liked their sound or not. I didn’t have any turntables at this point but I started saving up as much as I could, and then eventually after quite some time I bought my first small scratch mixer and some belt drive decks and just started messing around on them trying to copy what I’d seen them do.

This was the first time I heard techno, and Carl Cox DJ. My immersion into music had been quick. I wanted to know everything and anything about it and see and listen to as much of it as I could. Some friends had said they were going so I tagged along. Even though the BPMs were high and it was driving, the music still seemed to have this funk to it somehow, which I liked, and still do to this day. It’s easy to hear I like an element of it in all my productions. I spent quite a few nights in here on and off over the years and it was what made me interested in playing in clubs.

This was the first time I went to a proper rave. I was under age and pretty nervous about if I’d still get in after buying my ticket but me and my friends all did and it felt huge. I was already into the music but this is where I heard Moby ‘Go’ for the first time on a big sound system. I liked the breakbeat vibe of what was going on across the old skool and jungle music at the time as it was a natural progression from the hard hitting US hip hop I’d been listening to, but felt more rebellious for the UK. I couldn’t believe how loud it was and how many people were there. The production of the lights and lazers felt really impressive but it was more the sheer sound that was rumbling through the speakers that got me, and the fact that there were so many different types of people from all over there just doing their thing.

I’d been playing mainly in London for quite some time at this point when I first went to Space. It opened my eyes to a whole new world. It was around this time I’d been playing at The End (awesome club and got to see a lot of heroes play there) fairly regularly for a Sunday afternoon party called Riot, and from that I ended up playing in Amsterdam for the first time at the Meltweg for a party called HQ, so I was beginning to spread my wings a bit and releasing that the music I liked was also being enjoyed by people from all over Europe a lot!

I’d been hearing all the time about it but when you consider the internet wasn’t full of the information it is now it was hard to find out and learn about things before going. Space was like this whole other world I knew in clubs and I’m very proud to have been a part of it now for a decade, largely thanks to Carl booking me for his parties there. Some years back I ended up playing for 4.5hrs in the main room and closed it out as he was not well so we swapped sets and he played earlier. That was some moment and it was there and then that I realised that even though Id been DJing for some time at that point, I’d now, through Carl, really learnt how to DJ properly. I’m looking forward to playing at the closing this year, but the realisation that I’ll never do it again will be bittersweet. I’ll still have the memories though and I’m forever grateful for them.

This was a big moment in terms of production. I’d already had an overall No1 on Beatport with my remix of Devilfish’s ‘Man Alive’ and a few years later it happened again with this track. I really still to this day am unsure of why it connected with so many people. I made it as a B-side really, as I was having trouble finding anything that fit my groove in a set to play to give people a rest. I think I wrote it in about 4 hours and sat thinking that that can’t be it surely? I took it into Alex Tepper’s studio and we gave it a nice polished mix down and I sent it off to Carl. I wasn’t expecting his reaction to it at all, he thought it was huge and I kept saying really are you sure and he just kept laughing. We put it out on Intec and it just flew. I could have easily gone away from that and just made more similar records and then maybe some of them would have done as well as this one, but I never saw the point in that. I’d rather challenge myself a bit more and keep evolving and developing, as well as leave that record being unique with it connecting with people so much. 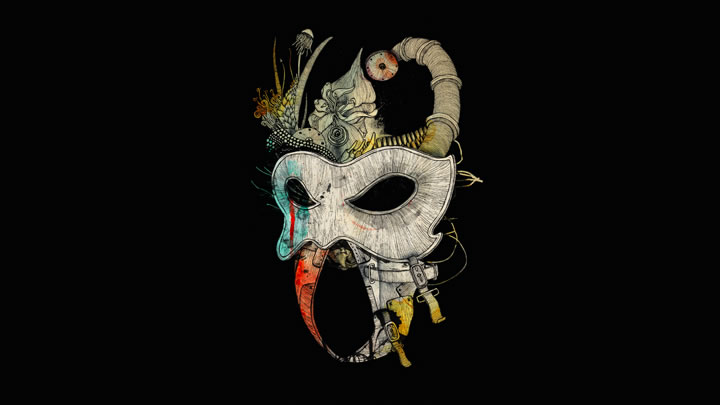