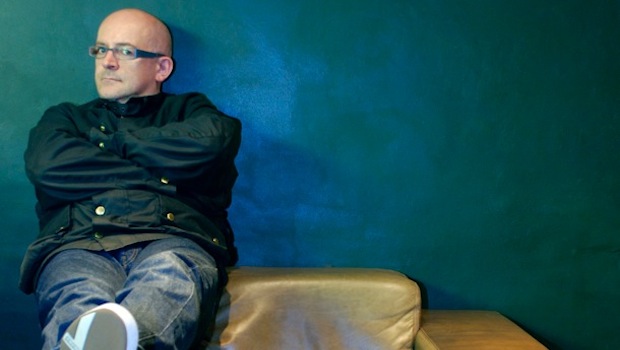 Where does one start when trying to introduce someone like Graeme Park? Inextricably linked with electronic music and its rise to prominence in his 25 years experience on the decks and in the booths of some of music’s most legendary venues make him one of the scenes most respected names. From working in a Nottingham record shop called Selectadisc in the early 1980s, when the very first house records began to filter through from Chicago, Detroit and New York to playing alongside his idols at the Haçienda and remixing some of the industry’s biggest names Parky has long had a special place in our hearts here at DT. So, with a big performance at Preston’s SSW4 Festival on the horizon alongside the likes of Claptone, Jimpster and Crazy Pwe thought the time was right to invite the celebrated veteran to share 5 pivotal moments from his storied career with us. This is 5 steps with Graeme Park.

My mum was a singer and always played music in the house when I was a kid. Whether it was her Motown singles, her musical film soundtracks or Radio One, music was a constant in our house. My late grandpa was a musician and had his own big band, The George Wood Orchestra, which was massive in Scotland and the North of England throughout the 1940s, 1950s and 1960s. Even though he’d retired when I was growing up, he was my idol and I loved looking at his old black and white pictures of him in his dinner suit playing his alto saxophone and clarinet whilst leading his band. He gave me his clarinet when I was 10 and that’s where my music career began.

I learned clarinet and played in the school orchestra but used my Saturday job in a record shop to save up for my first tenor saxophone. I used to play along with X-Ray Spex, Psychedelic Furs and Blurt records before trying to develop my own style. When I moved to England in the early 1980s, I began playing in a variety of bands that all had a pop/funk vibe. Some of the bands I featured in supported some well know bands and even released the odd single. I’m pretty sure that one of them would have made it had I not become a DJ. I was working in one of the Selectadisc record shops in Nottingham while playing in bands and was in charge of the second hand and singles department. This was my dream job because I had access to every kind of musical genre and some the greatest music ever made as well as every new release too. I was able to add to my already large record collection that had began when I was a kid. Even to this day I have the most eclectic selection of records of which I am extremely proud. The late Brian Selby, who owned Selectadisc and had his office in my branch, opened The Garage Club and told me, rather than ask, that I was going to DJ at his new club. When I asked why, he told me it was because he liked the music I played in the shop. I reluctantly agreed telling him that I had band commitments but took to DJing immediately and fell in love with the concept of choosing what people were dancing to. That was 30 years ago and my eclectic record collection came into its own. The next few weeks were extremely tough because as well as DJing three nights a week and working in Selectadisc, I was still playing in bands. Something had to give. In then end I chose to concentrate on DJing mainly because at then end of each gig I got to keep my fee all to myself rather than share what was left after costs with the rest of the band after a gig. Basically, I’d be lucky to get a fiver after a gig with my band but would get £25.00 after DJing at The Garage. My fellow band members were furious. I thought I’d DJ for a bit before returning to playing in a band but had absolutely no idea that my DJ career was to take over my life and become my career. I was soon DJing all over the UK and had to give up working in Selectadisc. 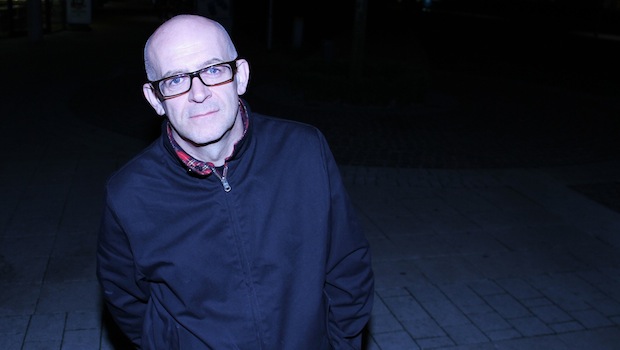 I met Tim Andrews, the owner of Square Dance Studios in Derby, and his producer/engineer friend John Crossley at a DJ gig. They approached me with the idea of setting up a record label based at Square Dance. The idea was that between us we could produce and release music. We set up Submission Records and proceeded to work with hip hop, funk and soul artists from the East Midlands. However, I had discovered the first house tracks from Chicago and Detroit so we began creating and releasing house music. Our early Groove singles “Submit (To The Beat)” and “Hijack The Beat” were among the first ever UK house releases and this ultimately lead to us being asked to remix other people’s tracks. Although Submission Records was quite successful and working out of Square Dance with John and Tim meant I learned a lot about recording and business, I eventually moved to London and couldn’t give it the attention it needed. My DJ career was my priority and I was doing so much travelling. As I cut my ties with Submission, I found I was being asked more and more by record companies to remix other people’s tracks on my own and went on to remix a whole host of tracks throughout the 1990s a lot of which I’m extremely proud of and which still get played today. At one point I was DJing three or four nights a week and creating a remix a week too. A lot of what I learned in the 1980s and 1990s has helped and contributed to my part time university lecturer’s career.

I used to travel up to Manchester from Nottingham in the early 1980s to go and see bands at The Haçienda long before the Summer Of Love and acid house revolution. I was aware of Mike Pickering through his work with Quando Quango and T-Coy. We first met at an i-D Magazine photo shoot in 1987 about the new breed of underground DJs who were breaking the rules and doing things differently. The subsequent article featured us alongside Coldcut, Nicky Holloway, Judge Jules, Mark Moore and others. We were the only non London DJs and we immediately got on. We both agreed that music, club and youth culture coverage in the media was too London-centric and decided to put on the Northern House Review one cold midweek February night at The Haçienda in 1988. T-Coy, Groove and Leicester’s T-Cut F played live and Mike and I DJ’d together for the first time. We invited the London media (i-D, The Face, Blitz, Record Mirror, NME etc.) and the night was a huge success and lead to several complimentary articles. A few months later Mike went on holiday and he asked me to cover for him at his Friday Nude Night. I ended up staying when he returned and continued to DJ at The Haçienda until it closed in 1997. I couldn’t believe I was now part of this iconic club and part of the wider Factory family and subsequent Madchester scene. I was now friends with people I admired, such as the legendary Tony Wilson and New Order. Many would say that being a Haçienda DJ has defined my career and it’s very difficult to argue against this. The fact that The Haçienda still exists as a major worldwide club brand today and appeals to traditional and new generation clubbers alike, is testament to its appeal and influence on UK club culture. I’m proud to have been apart of that and happy that I’m still involved. It’s legacy is immense and this obvious to anyone who comes to our occasional and legendary club nights and gigs. 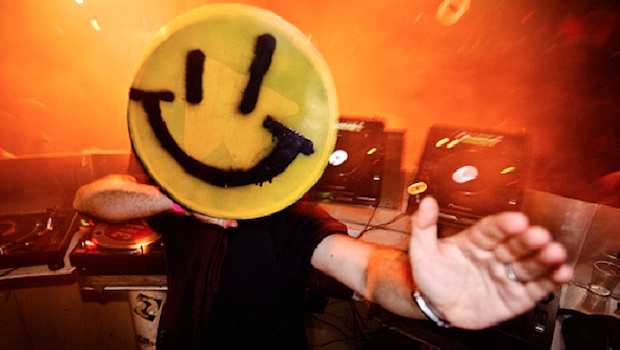 Although I used to sometimes pretend I was a radio DJ when I was a teenager, I never imagined in my wildest dreams that I would actually end up being one. When Kiss 102 launched in Manchester in the early 1990s, I was approached to do a Sunday lunchtime show. I took to it like a duck to water and ended up presenting a daily show too. Kiss expanded into Yorkshire when Kiss 105 launched and my weekend show was broadcast there as well. Kiss became Galaxy and I remained there for years with a weekend network show which covered a massive chunk of the UK. I also ended up broadcasting on Liverpool’s Crash FM and remained there when it became Juice FM. I also had a show on Juice Brighton and Forth One in Edinburgh. I later went on to host shows on Manchester’s Key 103 and Liverpool’s Radio City. Although I haven’t been on a major FM station in the UK for the past few years, I have continued to produce a weekly radio show which goes out on scores of smaller stations around the UK, Europa and beyond and is available via my website as a podcast. It has a massive audience and is a direct reflection of what I do in a club i.e mix up and eclectic selection of old and tunes of varying styles including house, funk. soul and disco. Having said that, I very excited to announce that I am due back on national radio in October with a brand new Saturday night show on the Bauer Radio network. More details on this and all of my forthcoming dates and all things Parky are available from thisisgraemepark.com