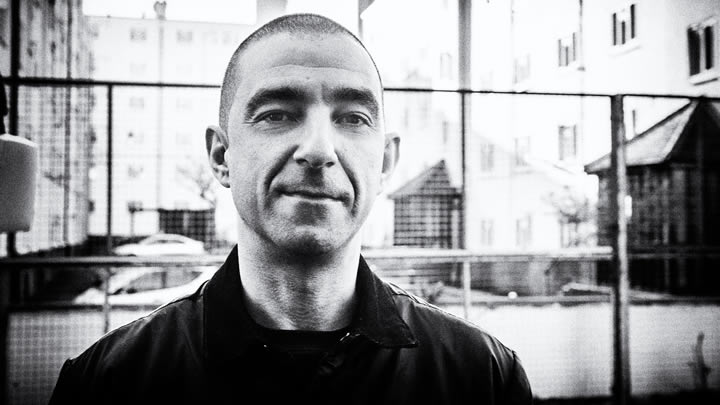 With a career that has spanned over three decades, drum & bass pioneer, DJ Hype, has become a name synonymous with the genre that he helped establish. It’s probably easier to list the things he hasn’t done in his career, but since running his own reggae soundsystem  aged 13 with the legendary shut up and dance, and moving forward onto his early days as a DJ on pirate stations like London’s Fantasy FM, Hype has gone on to win many awards for his work as a DJ and Radio Presenter, as well as hall of fame and lifetime achievement awards.

One of the only artists to release two separate FabricLive compilations, Hype is well known as the driving force behind the iconic Playaz brand, with long-time partner Pascal, for 21 years now. Running the label and its various imprints, Hype has released genre-defining tracks like DJ Zinc’s ‘Super Sharp Shooter’ and Hazard’s ‘Bricks Don’t Roll’, as well as nurture talents like Annix, Taxman and Jam Thieves.

If you’ve ever been to a drum & bass show, you’ll have heard his own productions, tracks like Roll The Beats’, ‘You Must Think First’ and ‘Peace Love and Unity’, and more recently, his remix with Annix of ‘The Rumble’ by MJ Cole and AJ Tracey. Back at home, it’s compilations like 2007’s Drum & Bass Arena presents DJ Hype (voted best album at the drum and bass awards 2008) as well as countless others over the years.

Currently hosting what is probably the longest-running legal radio drum & bass radio show on Kiss FM since 1994, he is well known for his eclectic drum & bass / jungle DJ sets. He’s been headlining and smashing up dancefloors at the monthly Playaz night which spent 15 years at Fabric and has already sold out two shows at Electric Brixton in 2017. This summer sees him hit the road on a B2B tour with Hazard which includes the first-ever Playaz arena (see below) at this years South West Four, ahead of all this he picks by no means the five most important, but five of the most important steps (of which there have been many throughout his career)! 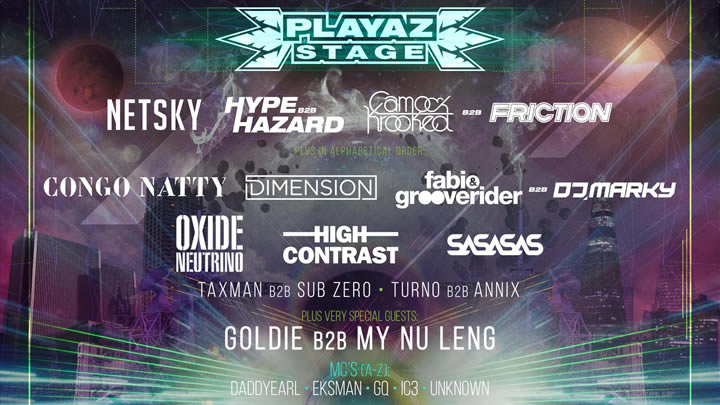 1981— started a reggae sound system
I was 13 years old and it was my first step into the music game – we had no money but begged, borrowed and stole to start building our very first sound system. In those days we had just one turntable and played reggae music only, we were called Sir Lena International. I would ride round hackney on a BMX bike looking for empty houses to hold what we then called “blues parties“, about 1983, we progressed from reggae only to playing all styles of black music: reggae, hip hop, soul, rare grooves etc, with me cutting up tracks on the decks, Smily and PJ used to rap and Daddy Earl used to reggae MC. We had the whole package at a time when no one did this really… Other sound systems were either reggae, or soul, or rare groove, or hip hop etc but we were doing it all and we were so young too. It was a great learning experience as I did everything from DJ on the sound system, to making the flyer, promoting the events and building the speaker boxes ourselves (we still have all the equipment) – it was what I like to call my ‘apprenticeship’. 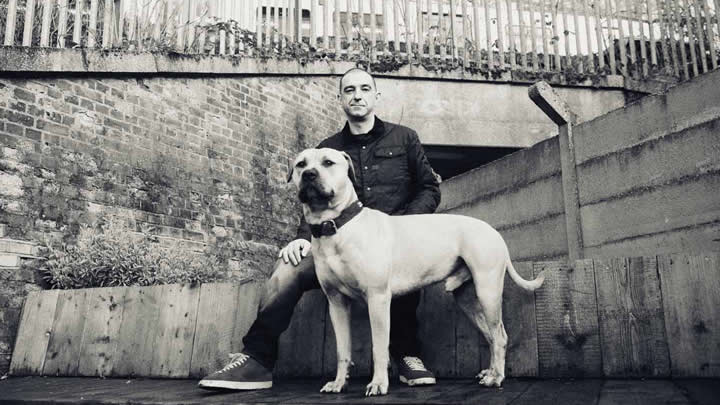 1989 – Fantasy FM pirate radio
In 1988 I went to my first acid rave and hated it – the music was weird to me, everyone was out of their minds on drugs and I just didn’t like it. But I did like the way the crowd was very racially integrated at a time when that didn’t really happen… I was used to going to events and nightclubs where I would probably be the only white person in the event, but I grew up on this and knew no different so it didn’t really bother me. But I was a rare breed, most of my black friends would not go to pubs or white disco clubs, and my white friends would not go to any black clubs or events – I think both sides of the racial fence thought I was a bit strange back then, but I knew no different. By 1989 the rave music was more varied and I tried it again, and this time I really liked it and wanted to be part of it, both as a DJ and musically. I started DJing on a pirate station every Saturday night called FANTASY FM where I would be cutting and scratching my way through a two-hour show playing a selection of UK, USA and European house and techno – I would double drop hip hop tracks sped up to house speed to add the breakbeat vibe that I loved (I found the four-to-the-floor beats of house a bit repetitive). Being on this station was a game changer for me and I have great memories from this period of my early career. 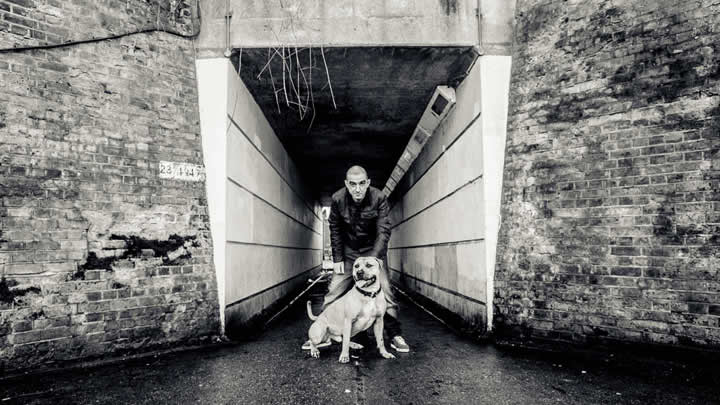 1993 – Jungle Fever
In December 1993, I did my first Jungle Fever event and it was the first time a jungle event this big took place outside London. I had never done Jungle Fever before but I was friends with DJ Brockie and would make him a special dubplate or two for Jungle Fever events in London. Then I got the call in 1993 to come join the gang. I was DJing all the time – Dreamscape, World Dance etc – and although I would play jungle music at these events, they were not classed as full-on jungle events back then. This Jungle Fever, to me, was a big game changer because from the DJ booth way-up-high, looking down at the crowd, I could see racial harmony! There were young white glove ravers, there were proper roadmans from Hackney – in fact, there were all walks of life partying together with no bad vibes at all, and the music was a reflection of all the music I grew up on, made and played in our own unique way. 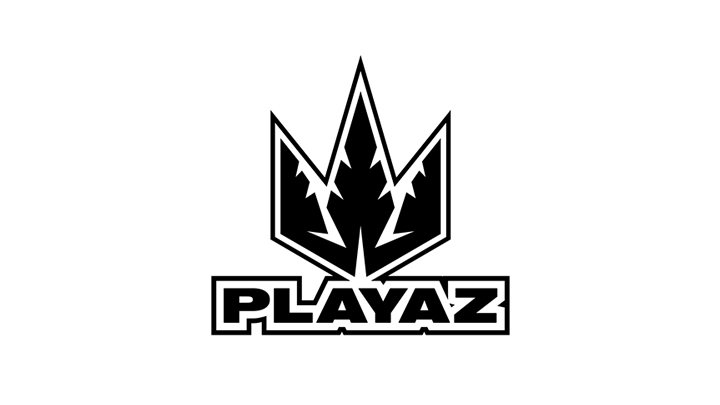 Playaz at Fabric
I am so proud of holding my monthly Playaz nights at Fabric London for 15 years straight, I think I have pretty much had every big name come and play… Chase and Status, Sigma, Pendulum, Shy FX, Roni Size, Dillinja, Andy C, DJ Fresh, Marky, Adam F, LTJ Bukem etc etc… I tried to book DJs from all musical sides of the scene and always have – Fabric were very supportive of me and the Playaz brand.

2016 – Boomtown, Hype & Hazard B2B
We were asked to do B2B for this event and I didn’t really want to do back to back as I don’t really enjoy them – but Boomtown really wanted us to do this so we reluctantly agreed. We turned up on the day and did our thing, and to be honest when I was there I looked on it as just another show. Don’t get me wrong, I did enjoy it, but I didn’t really soak in the vibes etc because when I DJ I am too absorbed in what I am doing, plus the DJ booth was set back slightly and you could not see just how huge this event really was. But I got home afterwards and Skibadee had posted a live video feed of part of the set we played – sitting at home watching this clip, I could see just how huge the crowd was and how responsive they were to the music we played, it was amazing. The crowd was singing along to stuff I just didn’t expect them to get behind. The feedback was so good from everyone that we decided to make this a little special thing that we would do at selected shows only, because at the end of the day, me and Mr Hazard are artists in our own right and are not a double act. We are doing limited shows this year and in 2018 we will probably cut it down to a few big shows only. 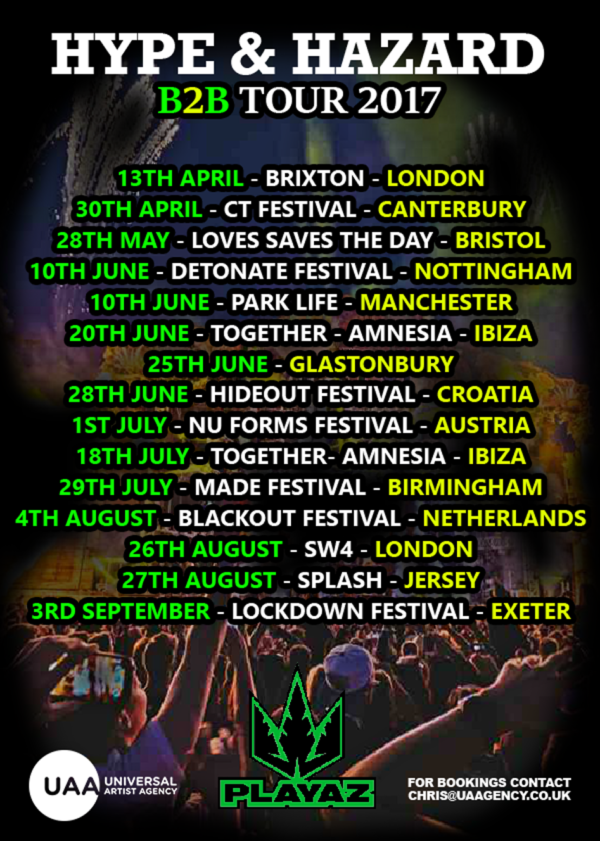 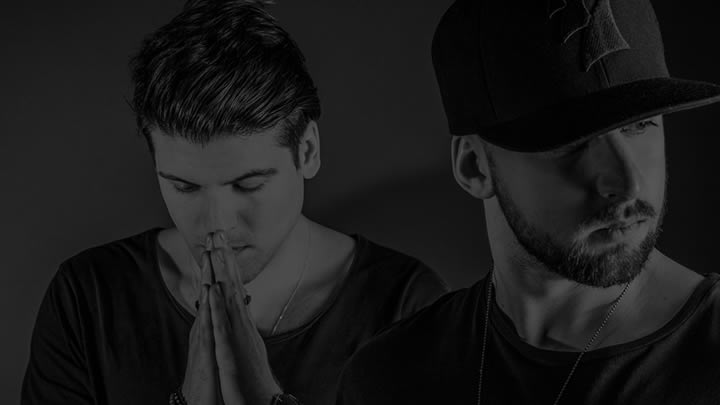