It’s all go at the moment for Warp Records stalwart, Clark. Not only does the Berlin-based Englishman have a new self-titled album (his seventh full-length for the UK label) dropping on November 3rd, but he’s off to Glasgow’s Simple Things festival this Saturday, for a headline set alongside the likes of Autechre, Actress and Nightmares On Wax.

A busy man then, but deservedly so. With a steady output of high calibre material over the past 13 years, Clark has garnered much critical acclaim. His unclassifiable sound explores the nether space between electronic sub-genres, utilising intriguing sampling techniques to weave truly unique textures.

Despite his schedule, Data Transmission managed to grab a some time with Clark to get a little nostalgic, and pick out five pivotal moments on his road to greatness.

This was the first thing I heard on Warp. When I was about 14 this girl I fancied had a Warp Records record bag. She was super cool, so I thought “hmm Warp records I shall have to investigate”. I bought this Black Dog album in Our Price. It blew my mind, it was like nothing else I’d ever heard, such complex emotional territory, but you could dance to some of it too. I wrote the sleeve notes on my (teenagers wall), I was obsessed with it. It still holds up, alot of it.

I remember listening to SAW1 the first time I did acid around the 15 years old mark as well. We were in a playground and me and my pals had this group hallucination of slides, all fanning out in symmetry like a perfect flower of playground slides, to the sound of that sneaky snakes beautiful Cornish synth riffs. It was amazing. Then my mate Nick Crawley, er, slid down one of them, and started being really sick, like, proper stripey psychedelic vomit pouring out of his mouth, so that album conjures quite strong memories for me.

Around the 16 year old mark I got heavily into Jungle, to the point of thinking everything else in life apart from Jungle was total bullshit. I was obsessed with amen breaks, but I thought they came out of a “special” drum machine, I went to a record shop in Watford and played the guy behind the counter some Dreamscape tape on my Walkman, and I was basically just accosting him, shouting at him (you always have to shout in Watford) saying, where can I buy this drum machine from!!!!? I didn’t realise it was a sped up sample. My parents told me if i wanted to pursue music I’d have to buy all the gear myself, so i got a job, saved up and bought myself my first sampler pretty soon after that and started writing Clarence Park on it.

I went on a tour last year in Japan, in the middle of the Japanese country side, totally amazing. I lost my shoes though, and had to get a coach back to Tokyo with no shoes, I had been up for one night already, with no sleep, but stayed up for another night wandering round Tokyo in my socks, with close friends, Vincent, who makes videos for me and my manager Greg, whose birthday it was. It was amazing, one of the best most celebratory times of my life. The three of us ended up in a drinks machine booth, literally the size of a phonebox, in the hotel, at about 5am, listening/dancing to tunes on our phone speakers.

I recently played there and saw my mate Will (Gaslamp Killer) he’s a very endearing character, a total big kid, I love hanging out with him, we’re sort of pretty different in temperament but somehow we totally click, it’s sort of hard not to click with Will, he has infectious enthusiasm. He’s the perfect conduit for an insight in to L.A life/music. He’s right in the middle of where all the interesting, marginal slightly subversive stuff happens. He was carrying around a massive flask of coffee, like sociopath strength coffee, and consuming huge amounts of weed, he called a hippie speedball. Fuckin’ hilarious, lovely chap, amazing performer too. We hit the tubs (drums) in quite a similar fashion. He could be amazing at the drums, he’s got a natural gift for it, he always seems so busy djing supporting other musicians though, but I’m sure he’ll nail some amazing drum recordings one day soon.

Catch Clark at Simple Things, Glasgow on Saturday 1st November, tickets are available here. In the meantime, enjoy the latest preview from his forthcoming album. 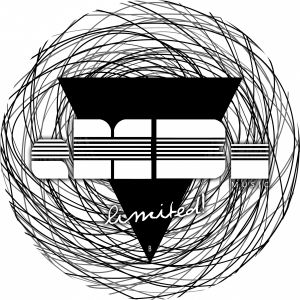