When Data Transmission catches up with Sonny Fodera he’s living fast-paced life of a professional performer – or in layman’s terms, he’s sat in the back of a van, eating Percy Pigs on his way to a show. Totally glamourous, we know. The Australian is currently touring the UK, with dates in his homeland, the States and Asia to follow this year (it’s alright for some eh?), but it wasn’t always this way.

Ten years ago, when Sonny was first getting into house music, he was limited to his local Adelaide scene, yet even small clubs like Electric Circus and Sugar sparked his interest by hosting the likes of Derrick Carter. “It’s a little bit behind… [but] it’s got a cool vibe,” he tells us, between confused exchanges courtesy of the less-than-great mobile reception on the UK’s motorways.

A prolific producer, Sonny has released via a plethora of labels since his debut EP for Guesthouse Music in 2009, including Drop, Salted, Beatdown Music and Suara. It was following a meeting with Green Velvet, aka Cajmere on a Miami rooftop that really catapulted him into the spotlight however, becoming a regular on the Chicago DJ’s Cajual Records.

Sonny’s latest effort sees him show off his selection skills, with an In The House triple mix CD for another of his mainstay labels: Defected. “I was on a plane to Ibiza with [Defected founder] Simon Dunmore in the summer and he just suggested it,” says Sonny. “The next minute we were talking about the tracklist and we were working on edits. It’s been a very joint venture with him, it’s been really, really good.” It seems Dunmore’s advice has been solid gold too, with one of his suggestions being Sonny and Mat.Joe‘s remix of ‘Take It Easy’ by Gershon Jackson, which recently secured the overall No. 1 spot on Beatport.

Sonny Fodera In The House also features several tracks – ‘All The Reasons’, ‘Over This’ and ‘Always Gonna Be’ – from the Austalian’s forthcoming album, set for release via Defected in October. “There’s still a couple of things I’m tweaking on it, but it’s been in the works for about a year and a half now,” says Sonny of the LP, explaining how it will be a mixture of new material and previous releases such as 2015’s ‘Feeling U’ and ‘Roll With Me’.

All-in-all a busy, it’ll be a busy year for Sonny then, but he isn’t planning on slowing down anytime soon, with another summer in Ibiza planned thanks to strong relationships with Pacha and Sankeys, and even potential move to New York on the horizon. “I’ve been in London for a number of years now and I just wanna kind of move around for a bit. I love London and I want to always keep my studio there, but it’s just about different vibes of music; it helps you with your creative flow, being in different places.”

To buy tickets for this event please visit the events page: Sonny Fodera in the House Tour tickets from Skiddle. 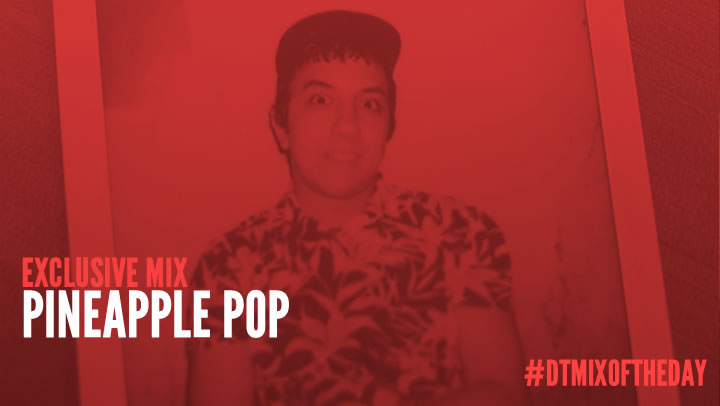