Mefjus and Rido are two names that are making big waves in drum and bass at the moment. Mefjus has recently released his critically (see what I did there?) acclaimed Emulations LP on Critical Music – an record that has been bumping in my car for quite a while now, a quite possibly greatly annoying my neighbours – and Rido, a precocious talent in his own right, who is now three releases deep for Metalheadz and tipped by Goldie for greatness, which is obviously no mean feat.

This month they join forces on a collaborative EP for Dutch neuro powerhouse Blackout – home of the seminal Black Sun Empire.

We caught up with Rido for a quick chat and managed to score an exclusive premiere of one of the tunes from their new ‘Optimum Trajectory’ EP… take a peek at both below!

How did the hookup with Mefjus happen? Have you known each other for a while?

We are friends and started to meet up in the studio about two years ago. At  first we just wanted to do one or two tunes, but then we decided to go for whole EP.

Was the project specifically for Blackout?

Well I spoke to Blackout about the idea quite soon and they liked it. So we just went from there.

How did you go about making the tunes? Did you send stuff over to each other via the internet or did you sit down together in the studio?

Most of the work was done together, sitting down in the studio. But we worked on the tunes separately as well.The main reason for doing collabs for me, and I think its the same is true for Martin as well, is to meet up with the actual person in the studio. That way you can enjoy their company and actually have some fun.

Did you do separate parts? How did the tunes come together?

Well not really. Each track had a different path. For example Magnetism is the track we started on first. But originally, it was totally different. Then we took it apart and built it up again from scratch. I think the only bit that survived from the original idea was the intro.

Cool. Did you have a philosophy behind what you were trying to make?

Well the philosophy behind the EP was the aspect of physical force. So the whole EP and all the tracks are inspired by that notion.

It does sound forceful. How do you feel your styles complement each other?

Well we both have a certain way as to how we make music, so each of us was concentrating on our own thing at first. But being together, you end up doing things that are new and different that ultimately totally changes and influences the way the tracks turn out. It was a really interesting process for me.

Do you prefer collaborating or working as a solo artist? What are the pros and cons of both approaches in your mind?

Lately I have really enjoyed collaborating, the main reason being that you are not alone in the studio! Making music can sometimes be really lonely, and to have a friend with you is great, as you can share ideas and laugh way more than if you are there all alone.

Laughing alone makes us feel more than a little bit awkward… What do you think about the current surge of interest in the type of D&B you are making at the moment?

Well I’ve never looked at drum and bass to see if its popular or not. I’ve always wanted to make what interested me. I do feel that neuro (funk) has been getting a lot of good feedback lately though.

That it has. How does Australia differ to Europe in terms of music? Do you think your time there affected the way you produce?

It’s totally different. When I was there Breakbeat was more popular than drum and bass, which was really weird  to me. What Australia really gave me was discipline. But maybe that’s not because of Australia itself though, maybe its because I had to spent a lot of money to get there (to SAE) and took a big risk quitting my well paid job to follow my heart. So I really worked hard during my stay there, and learned a lot.

Sounds risky! Do you approach releases for different labels differently? I mean Blackout and Metalheadz although similar are worlds apart stylistically….

Well I try to write music that I like and don’t try to fit into a certain sound. But there could be some little difference. Mainly it is the inspiration. When I work on a track for Metalheadz I get inspired by the history of the label,  and when I work for Blackout I get inspired by the stuff that the Black Sun Empire guys and the other artists that release on their label do. But the main thing is always the idea behind the track.

He is definitely an interesting person to meet! He is really artistic. But what was great was that I could do whatever and if he liked it he supported it.

He definitely been an influential figure. Who influences you – from back in the day to now?

I’ve said this many times I guess, but my biggest inspiration back in the day was The Prodigy. They just blew me away and changed my life! In the drum and bass scene it was people like Black sun Empire, Goldie, Kemal, Noisia, Rob Playford and Technical Itch.

Cool. Do you listen to much music outside of D&B or do you prefer to focus on the scene you inhabit?

Yes I listen a lot to a different music. To be honest, actually most of the time! I love classical music, jazz, funk, hip hop, minimal techno and the like. Basically I can enjoy anything that has got some interesting textures and moods.

What can we expect from you in the future? Are there any more collaborations with either Mefjus or Blackout in the pipeline?

Well I want to collaborate a lot more with my friends who are producers and I also want to make some more of my solo music. There are few projects that I would love to realize in the future, but that’s too far away to mention now. 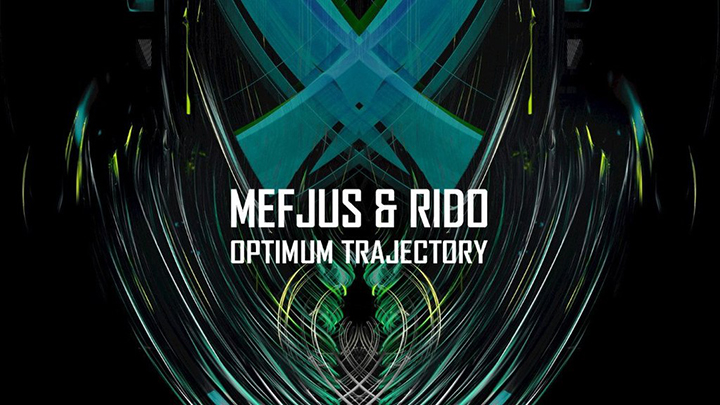