At the forefront of the UK House revival and with new single ‘Turn Me Out’ clocking up some serious airplay from the likes of, Annie Mac and The Magician we’re predicting summer 2013 will be a vintage one for Russ Chimes.

After bursting onto the scene in 2010 with his Midnight Club trilogy EP he quickly established himself as an artists to watch catching the eye of somes of the scenes most credible names including a certain Jesse Rose. Taking the pop sensibilities of artists such as friend and collaborator Alex metric and fusing it with a more underground sound of the likes of Dusky or BrEaCh is no mean feat but one Russ handles seamlessly as his career continues to grow. After signing for Postiva last year and with his new single dropping on Columbia we caught up with Russ to talk live shows, DJing debuts and collaborating with Alex Metric. Read on…

If I could take you back to the beginning and ask you what first drew you to electronic music?

I couldn’t really pinpoint a single thing that drew me to it. I was listening to loads of different genres growing up, I used to be in rock bands and stuff playing guitar in art college, I guess it was in the late 90’s that I really started getting not dance music. I remember being given a copy of Darkdancer on CD and just falling in love with it, from there I kinda explored the whole first round of French house, the super discount albums, Alex gopher etc… At the same time, I was going to (pretty shoddy) garage nights in Reading where I lived, and at the same time taken by the melodies of drama or prog house and a bit of trance… It’s the same old cliche, it was either good music or bad music to me, I wasn’t really steered by being part of any scene. I was all l over the place to be honest!

Where was your first gig?

My first gig was in Nantes on the west coast of France. I used to be part of a music collective called ‘Valerie’ when I first started out, alongside other producers like College (from the Drive soundtrack fame) Anoraak, The Outrunners and others. David found one of my earliest ‘tracks’ on a blog called Discodust, and he asked me to remix one of his. I think i did one of the first remixes i did. He liked it and invited me over to his hometown to play one of their first nights. Although i’d DJ’d for fun in my bedroom or whatever, it was my first time in front of any sort of crowd, and this so happened to be a good few hundred people. I was terrified, that’s sort of all i remember from it haha

Do you enjoy playing festivals and what different challenges do they provide in comparison to playing sets in clubs?

I love playing festivals, there’s definitely something about playing outside in the sun if you’re lucky, the fact that everyone is kind of ‘on holiday’ when at a festival, it’s always good friendly vibes. From my experience however, you have to play slightly differently to a festival crowd, as it’s a wider spectrum of people that come and watch you play. You usually have to play more tracks that people will know mixed in with your set to keep the crowd on board, where as in a club environment, it’s easier to go off on a tangent and define a journey a little more.

Any plans for a live show?

I actually used to play a live show back in 2008. I used to have a a laptop running Ableton Live and Logic Mainstage, then a Microkorg, midi keyboard running Logic synths in Mainstage, a guitar and some percussion bits. Was so much fun to do the show, but a huge mission to cart it around when traveling on your own! I think I did four or five shows with this set up, One in Warsaw, Marsielle, the Lock Tavern and one at Cargo in London but returned to DJing shortly afterwards, i don’t really know why! I’d love to go back to doing a live show, perhaps with another person to make it a little easier logistically, but we’ll see how things go. Perhaps if an album was to arise, it would be the perfect opportunity to revisit it with a better production.

London seems to be a hotbed for electronic acts at the moment. Why do you think this is and as a Londoner do you feel extra pressure to perform when returning to the capital?

I don’t feel any pressure at all though, if anything I really look forward to playing London, as there’s a better chance that people will get everything than anywhere else. You kind of feel that there’s a common link or bond, especially when playing the sort of sounds that were popular in London and the suburbs 15 or so years ago.

How important do you think the internet and social media is breaking new artists into the scene?

As important as it ever could be. Isn’t that all it is these days!?

Could you tell us about the processes that you go through when creating new music?

Usually i start with a melody first, establishing a riff or repeatable loop, then get to work building a track around it. Or if there’s a vocal snip or phrase, i will get that looping in the background and write a melody to that. I usually start to build the drums up after the main riff is written, then add bass, effects and all the polishing bits.

Starting with a melodic hook rather than a drum track has it’s downside tho, as by the time you’ve written everything else on top of it, you get proper sick of the original riff and end up changing it, so I can see why everyone says the drums should come first!

Where has been your favorite place to play?

Probably have to be Space, Ibiza. I played just at sunset and it was so much fun with and amazing atmosphere, I absolutely adore that club.

How do you feel the rise of digital software which has help breed a new generation has affected electronic music?

I think making digital software more affordable and accessible has both up and downsides to it. I mean talented musicians will use whatever’s available, and if they use their talents using a 60’s Telecaster and amp, a 909 and SP1200 or Ableton, it doesn’t really matter. People with a real knack for melody, arrangement and mixing and creating music will always shine through.

Saying that, the accessibility of software, online tutorials and popularity of electronic music at the moment mean there is a lot more shite to trawl through and find the good stuff, as everyone from a young age is having a crack at making dance music as if it’s a rite of passage. I guess the majority of kids aspire to be DJ’s rather than rockstars now, which inevitably will change again.

What do you do to relax?

Laze about and be completely bone idol. Bliss.

What would you change about electronic music scene if you could?

Not because of any monetary reason, but i do wish that there was still some value attached to the music that people write. It seems completely lost on the general young music consumer how much time and effort someone can put into producing a track, and a lot of people seem to expect stuff for free, and get wound up if it’s not. Dance tracks seem to be just business cards to get gigs these days and thats a shame.

If you could play a gig literally anywhere and with anyone, where would you want to play and who with?

Really hard question to answer, but i’d probably say just playing with mates or other dj friends in a small club somewhere… Always so much more fun that a huge club and being the only one there to experience it!

Do you have any projects outside of music you could tell us about?

I wish there was time!

Who else’s music are you enjoying at the moment?

I’m loving stuff coming from Maribou State and Pedestrian at the moment. So delicate, intricate and beautiful, but dark and powerful in places at the same time. Pedestrian’s ‘Holyes Road’ out soon is one of the most amazing tracks i’ve heard in ages.

Tell us something about you we don’t know and couldn’t guess!

But surely that would be telling?

Is there anything you’ve wanted to be asked in an interview but never got the chance to answer a question on?

Are the any other rising stars you’d recommend?

I think J. Wiltshire is destined for amazing things. I included an early track of his on one of my Expressway mixtapes, but is latest EP on Hypercolour is insanely good. Can’t wait to hear more from him.

What does the future hold for Russ Chimes? Any collaborations or other big projects you can tell us about?

Working on new tracks for an EP to come soon, and also been working with some vocalists for tracks in the future and (hopefully) a full artist album, which has always been one of my goals. There’s a collab that me and Alex Metric have done, which i’d love to see released on my label at some point, but we need to get it finished up!

Alex Metric and Waze & Odyssey team up on ‘Jack To The Future’
Grahame Farmer October 22, 2019 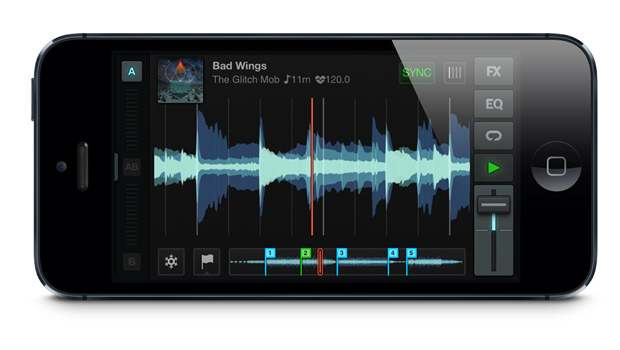