There’s no easy way to announce this so we’re just going to come out and say it, we love PVC here at Data Transmission. No, not that kind of PVC – so you can stop sniggering at the back, although we’ll admit our Editor’s other half does look rather fetching in a catsuit – we’re talking, of course, about the fast rising London raised, Brighton based DJ and producer of the same name.

Touching on everything from grime and hip hop to house and R&B jams, PVC or Purple Velvet Curtains as he’s also known, covers a vast amount of sonic terrain and ties it all up neatly with an eclectic, future garage bow. Slickly driven production is the name of the game on his latest EP for Four40 Records with his three track effort, You Heavy, in our heads and on our playlists since it arrived last month.

Clearly destined for big things, we thought it was about time we caught up with the young man from Croydon and had him strut his stuff for us here at DT. You’ll be pleased to know he hasn’t disappointed, serving up an 45 minute long set of selections guaranteed to get you thawing out those boogying muscles.

What are you doing at the moment?

Easy guys thanks for having me. I’m currently in Croydon finishing off a couple of remixes before I head back to Brighton. I’m trying to keep myself as busy as possible at the moment!

It’s essentially a mix of a bunch of tunes I’m feeling at the moment and play out regularly, mainly consisting of my own and a few new bits, but just a bit of a mash up of the bass house scene and tunes I’ve been supporting quite a lot over the last few months, there’s a couple favourites from a while back as well that always end up getting played out.

Your music covers the spectrum of house and garage music, what influences you?

Almost everything and anything to be honest, I listen to a lot of different music on a daily basis be it at work or at home there’s always a radio on somewhere so I like to draw a lot of elements from different styles of music into my brand of bass fuelled house. I grew up on a lot of soulful house and garage, then I went out to a lot of drum and bass raves in my teens so I’d like to think I’ve included elements from that into my output too.

Didn’t we all… What does house and club music mean to you?

Well I started producing when I was around 14. I started making garage and house before experimenting with different sounds and genres until I came to the conclusion that producing house and garage was what I wanted to do. It was then that I began taking things seriously and started working as PVC. In regards to club music there’s just a different vibe and energy that it carries and with it being so diverse in sound you can do so much with a 130-140 BPM beat that it makes it continually fresh and interesting. There’s so much excitement surrounding the bass house scene at the moment that I just hope we can maintain the momentum. I don’t see it slowing down any time soon.

You seamlessly incorporate sampling culture into your tunes, epitomised by Brown Sugar, what draws you to those kind of sounds?

From listening to a lot of different music, I always hear things from tracks I think would really fit well in a bass house track and love trying to include elements and sounds that might seem a bit weird at first and try to make them work. As well as making many sample packs myself, I take things from old movies, 60s Swing and 70s Jazz as well as a lot of hip-hop just because I think a way of keeping a genre fresh is producing out of the norm and finding something to use that might not necessarily be considered appropriate by most.

Obviously you are not afraid of big basslines either, I find the juxtaposition of more laid back elements with low end pressure and gunfinger motifs like on ‘I Need You’ and ‘You Heavy’ a nice change of pace… why does this coupling of light and dark elements appeal to you?

To be honest I have always tried to keep my productions quite melodic and pretty layered, whatever I’m making, but I really like a euphoric build with a drop that hits an audience unexpectedly. I think this works really well within the genre and gives you space to make something outrageous.

Tell us about the making of ‘You Heavy’) – its playful like bassline of the past, but deep enough to fit in with the stuff being played in the house clubs at the moment – how did you go about crafting it?

I really enjoyed producing ‘You Heavy’ and it was really fun to work on. When I started it, I didn’t really have an overall feel of what the finished track would sound like but I kind of flowed into it as it progressed. I remember playing around on some keys, which makes up the melody at the intro and bridge, thinking I wasn’t getting anywhere until I messed about with a couple basses and thought they’d fit real good together. I really like when you make something that works unintentionally because it gives it that sort of spontaneous element to the track. So I used that big bass with the soft keys and synths to make something I feel would work well in any sort of set.

Do you have a personal philosophy regarding music production?

Normally what I produce depends on the kind of mood I’m in, I make a lot of tracks that I don’t share because I don’t think it would fit the PVC sort of vibe. But with regards to PVC tracks, I’m pretty open to different vibes but try to make something I feel would fit into a wide variety of DJs sets, because I like to go out and rave when I’m not playing out and I want to make something that I would like to hear in the clubs and events I attend.

Who in your opinion is making waves at the moment? What kind of stuff are you digging?

Ahh the list is mad, there’s so much talent in this scene and that’s what makes it so special. People like Tuff culture, Moony, Skeleta, Pavv and Holy Goof are always in my sets but there’s too many to name, then, of course, you got some of the dons who have been killing it for a while.

How do you think the house and bassline scenes are doing at the moment?

I think it’s in a really good place right now, producers such as Hybrid Theory, Champion, Flava D and Q are doing such good things for the scene at the moment by bringing up and supporting people such as myself and giving them a strong platform to be heard. DJs like Marcus Nasty and Cartier are really supportive, I can only imagine the scene getting bigger and taking off completely.

Marcus Nasty? There’s a blast from the past. Are you feeling grime then? Do you feel its resurgence is good for the scene overall?

Yea I do play a lot of grime and produce a few bits for other artists, have been on it for a while but not publicly there’s a lot of MCs in Brighton and the towns real big on UK hip hop but coming from Croydon it’s a movement that’s been hard not to be a part of and I’m rating it fully.

What has been your favourite release on Four40 Records and why?

There’s been a couple for me, got to big up notion on the latest release because it’s absolute fire. Billy Kenny’s ‘Call You Back’ EP was big but Hybrid Theory with Lady Leshurr and Trilla still gets rinsed.

Whats next for you?

I’m doing a lot of shows over the next couple months up and down the country so check my Facebook page for them. I’m also currently in the process of finishing my next EP and a few remixes for some labels here in the UK and abroad. I’ve also got a track featured on the new Ministry of Sound album out now so a exciting times lay ahead! 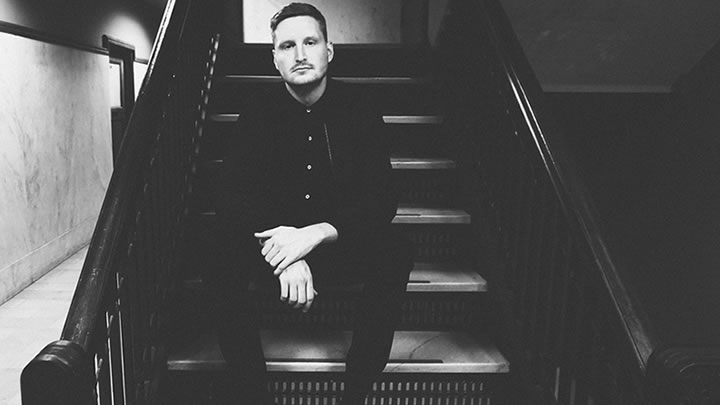