2015 is finally coming to close, making way for 2016 and Data Transmission is giving our beloved readers a recap of this year’s past events before telling you the top 10 places to bring in the new year in North America. 2015 was a year of epic proportions for not only electronic dance music but for Data Transmission as well. We unveiled our new site and launched a new series by the name of The Transmission Live and also headed to IMS Ibiza to give a daily briefing before buying California event promoter, MSA Productions. We also visited lots and lots of festivals and premiered and debuted tons and tons of music – even giving some away for free.

2015 saw a multitude of new label launches by artists such as Jesse Rose, Kerri Chandler, Sebo K, Andrew Weatherall, Pachanga Boys, Huxley, Uner, Crew Love, Tchami, Hector, and many many more. Surgeon and Blawan also partnered up for imprints as well as Martin Buttrich and Mathew Jonson, Eats Everything and Nick Harris, and plenty of others. New labels were also launched by Rex Club in Paris, Sub Club in Glasgow, and Smart Bar in Chicago. Art Department also decided to announce the launch of two new labels after Kenny Glasgow and Jonny parted ways.

We also saw collaborative efforts for albums between Green Velvet and Carl Craig before Green Velvet joined forces with Claude VonStroke to became Get Real. Luke Slater returned as Planetary Assault Systems and Jeff Mills also unveiled a new album. We also saw new album announcements by The Chemical Brothers, Disclosure, and Richie Hawtin –  who is celebrating 25 years of Plus 8 Music. David Guetta also decided that he was going to try to produce deep house while Jamie Jones and Kate Simko; Derrick May and Jeff Mills; and Detroit techno duo, Octave One all performed alongside orchestras. Jamie XX went on to open a store with Young Turks in NYC before being nominated for a Grammy award for his debut album along with The Chemical Brothers, Disclosure, Caribou, and Jack U. Aphex Twin won a Grammy this year for ‘Syro’ before putting out a ton of unreleased tracks (only to later get removed from Soundcloud).

2015 also saw a lot of clubs close all around the world such as Berlin club Stattbad, Dublin club Twisted Pepper, London club The Coronet. Tokyo’s Air Nightclub also announced it was closing following NYE and Cityfox New York promoters had their Halloween warehouse event shut down by authorities. Trouw founders announced they were opening a new club after shutting their doors recently and Amsterdam’s Studio 80 announced they were going to be taking on new owners. Carl Cox also made the announcement that he was departing from Space Ibiza in the summer of 2016 after his 15 year residency at the venue.

2015 additionally played host to numerous film projects by Nicolas Jaar, Daft Punk, Laurent Garnier, and Jeff Mills while also seeing a book announcement from Sankey’s owner, David Vincent and Ableton publishing their first book. Simon Cowell even tried to get into the dance music world with his failed launch of ‘The Ultimate DJ’ – later being cancelled by Yahoo.

There were also plenty of controversial accusations this year with Felix Da Housecat accusing Berghain of being racist, Ten Walls accused of being homophobic, and the wonderful Deadmau5 just making accusations as he is known best for. Festival promoter SFX went into a frenzy trying to go public then trying to go private then stopping Beatport label payments to then only allow major labels to get paid. They then later resolved the issue and released payments to all labels and also issued an apology. SFX then failed to go private before cancelling One Tribe Festival and undergoing an asset ‘fire sale’ prior to the nightmare that was Tomorrowworld. Then in November, Life and Color CEO Sebastian Solano was named CEO of ID&T of North America and as of this month – Live Nation plans to help the struggling company out.

2016 will be a massive year for the American festival market with the debuts of Awakenings in New York and the company behind Coachella, Golden Voice rumored to be debuting a festival in New York as well. 2016 will also be the first year we can attend EDC New York, Mysteryland, Movement, and Lightning in A Bottle – which all normally take place on Memorial Day Weekend. For the first time since these festivals have all existed together – they will take place during separate weekends. With SFX’s ID&T North America taking on a new CEO and Live Nation set to bail them out, there is no telling what is in store for the festival market.

To start off 2016 – we have compiled a list of the top 10 events to attend in North America to kickoff the New Year including a multitude of spectacular parties and festivals. In case you haven’t noticed…2016 will also be the year for a new president in America and why not celebrate the year by visiting a new destination and stepping away from the norm – because this is definitely not a normal election and not going to be the typical year. 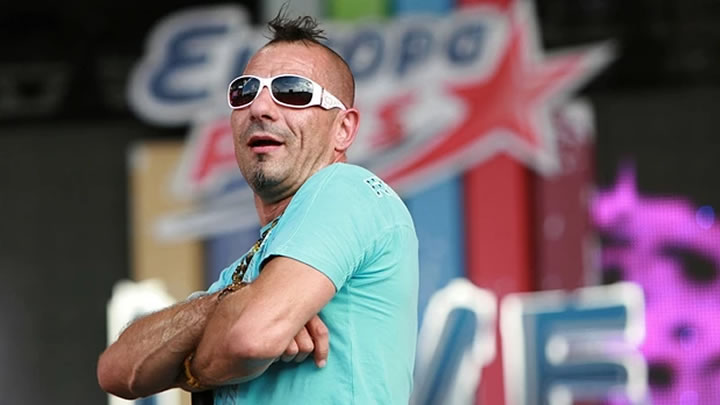