After much anticipation, Time Warp US finally announces their location after complications with New York and the historical department denying permits to their original location at The Kingsbridge Armory in The Bronx. The new location will be at 39th Street Pier at the end of the newly renovated South Brooklyn Marine Terminal. The terminal just recently underwent major infrastructure improvements and used to be used as a tow-pound facility for the NYPD back in the 80’s and is now being used to import and export cars and cargo amongst other things.

Set to take place over Thanksgiving Weekend on November 28th and 29th for the first time ever in the US. Time Warp was first introduced back in 1994 in Ludwigshafen on the Rhine river opposite Manheim, Germany. The first ever line-up of Time Warp displayed artists such as Speedy J, Laurent Garnier, John Acquaviva, Kid Paul, and more back in 1994. Then in 1995 it was Carl Cox and Juan Atkins who accompanied Laurent Garnier. Speedy J didn’t see the Time Warp stage again until 2 years later in 1997 and John Acquaviva didn’t revisit the festival until 2001. Since the festival made it’s first debut, it has revisited Ludwigshafen two more times and made its way across the river to Manheim 15 times; Amsterdam three times; Vienna, Bremen, Frankfurt, Rotterdam, and elsewhere in the Netherlands twice; Prague, Hanover, Werdau, Milano once; and over to Brussels for the first time in 2013 and Buenos Aires in South America for the first time in 2014. That is a lot of traveling for one festival!

Sven Väth who is featured on this tremendous line-up for Time Warps USA debut has traveled with Time Warp the most having played the event an astounding 30 times. He is accompanied on Time Warp USA’s bill by another veteran Richie Hawtin having played the festival nearly 20 times and in order of number of appearances: Josh Wink with six; Dubfire and Luciano with five; Pan-Pot, Joseph Capriati, and Dixon with four; tINI with two; Sonja Moonear and The Martinez Brothers with one; and Time Warp debuts by Anthony Parasole, DJ Tennis, and No Regular Play but who’s counting?

Infamous New York City promoters Resolute and Blk|Market will also host stages as well as the label part run by Halcyon and Output owner, Scissor & Thread. Resolute will bring along residents Connie, Lauren Ritter, and Orazio Rispo while Blk|Market’s founders Taimur & Fahad will take to the stage themselves and Scissor & Thread founders Frank & Tony aka Francis Harris and Anthony Collins will also get behind the decks.

A total of 19 acts are set to take place for this superb tradition that has taken place for 20 years. It would only make sense that the legendary Sven Väth would be celebrating his 50th birthday at the same time Time Warp turns 20 years old. Some acts might still be announced who are veterans of this perennial event who one might argue are missing from the bill such as Chris Liebing who has played the festival 25 times, Ricardo Villalobos who has spun at Time Warp thirteen times, Loco Dice twelve, or one of the original artists to grace the Time Warp stage…Laurent Garnier.

We can’t forget mentioning the infamous Cave, a spectacular full-floor arrangement that was designed after an arctic ice cave. The cave will consolidate the stage with the dance-foor allowing for auditory and visual stimulation to arouse the senses. And if you are worried about getting there…then just hop on the D, N, and R trains from anywhere in New York City and get off at 36 Street.

For more info and single and 2 day tickets visit: http://www.time-warp.de/usa 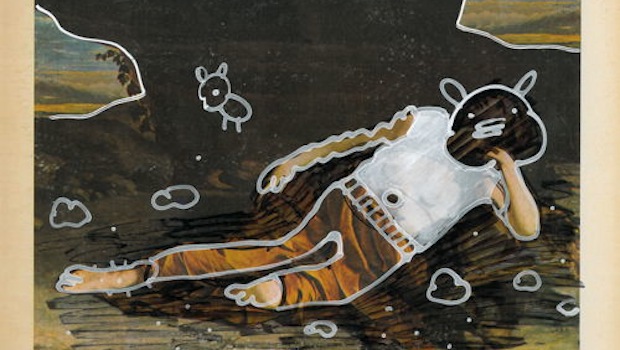