The 2 Bears – The Night Is Young

The 2 Bears’ Raff Rundell and Joe Godard have always worn their musical influences on their hairy sleeves for all to see. Last time round on their debut, ‘Be Strong’, was all about them putting an accessible spin on the house music that they love shocking out to (and playing out when they DJ), but this time they’ve made a real effort to change tack – which makes sense, as many of the DJs they shouted out on that album’s eponymous single – which for many younger Bear-fans will have been their Daft Punk, ‘Teachers’ moment – are now doing pretty damn well on the club and festival circuit, the near-omnipresent MK being a good example…

So this album takes us into a more varied world of bear sounds – a deliberate attempt to showcase London’s many  soundtracks, just as if you were driving around and listening to the city’s various pirate stations booming out house, Afrobeat, techno and everything in-between. But early on it’s clear that The 2 Bears haven’t lost their skill at creating vibe-filled, catchy dance tracks, with lead single ‘Angel’ boasting vocals from none other than Kwaito legend Senyaka, whose music the Bears encountered when they were on tour in Johannesburg and Cape Town.

But while we’re on the subject of singles, can I just say that the album’s second single, ‘Not This Time’, could be the best piece of anthemic pop I’ve encountered in a hell of a long time. It’s got those sulky-yet-strident London-accented vocals from Rundell (who sings his heart out here – every inch the modern soul man who ain’t to proud to share in group), perfectly rendered bass and eminently danceable FX make this a pure banger – just as good on a Friday night when you’re just heading out or on Monday afternoon when you’re feeling a bit jaded – this is why The 2 Bears are a band to watch live if at all possible (also the Sink The Pink tranny crew don’t hurt, either…)

Don’t go thinking it’s all bangers though, as ‘Money Man’ uses the classical reggae device of marrying a honey-sweet vocal (and some rougher chat from UK-based reggae artist Stylo G) with a serious point about the increasing privatisation of the NHS – which is a noble sentiment to put on wax and if it doesn’t quite work musically, then the tune is still in a fine tradition of pop bands trying to make a serious point and that optimism; that pop can have a point and a also bit of soul into the bargain, is the foundation of The 2 Bears appeal. As Raf opines on ‘Unbuild It’, ‘there ain’t no Clipart for what you’re trying to do.’  And thank God there isn’t, because otherwise thoughtful bands like The 2 Bears would become even more of an endangered species then they already are, which would be a hell of a shame.

Shit Robot Returns To DFA With ‘What Follows’ 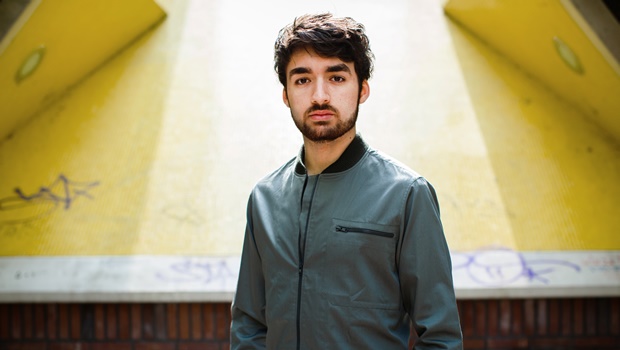