Few labels do it quite like Visionquest. Unbelievably enough, the Detroit label recently passed the fifty releases mark, and – as is their forte – they’ve decided to blow out the candles in style, chiefly as a result of a bumper-packed 3 CD affair that duly pays homage to the label’s litany of top-class tracks. Helmed by Shaun Reeves, Ryan Crosson and Lee Curtiss, the label has long been considered a medium for house and techno in its many guises. So regardless of whether you’re an experienced Visionquest fan or if this is your first introduction to the label, chances are there’s something in this one for you.

Disc 1 and 2 serve up some of the label’s highpoints, and boy, there are a few of them on offer. CD 3 features a mix from Pittsburgh’s DJ Three, a man whose mixing ethos and undoubted eclecticism is something that the Visionquest collective can no doubt relate to. Anyway, on to the music. CD 1 gets us going in some fashion, as it features the (still) massive ‘Walk & Talk’ by Benoit & Sergio, Ewan Pearson’s unforgettable take on Footprintz’s ‘Utopia’ and Lee Curtiss’ own ‘Body Twitch’. All pretty unforgettable tracks in their own right – and they’re the first three on show here! Yet what’s most striking about CD 1 isn’t just the quality of the music on offer – even a casual house music fan will recognize most of the tracks here – but it’s the sheer amount of great tracks that comprise the first disc. Don’t believe us? Well, further efforts by Maceo Plex (‘Fallin’), Laura Jones (‘Let Me In’) and Tale of Us’ (Dark Song’) are sure to drive home the point.

CD 2 might be less chock-a-block with hits, but it too is full of stirring, haunting moments and good time melodies aplenty. Prins Thomas’ moody remix of Dinky’s ‘Blind’ is an early case in point, while the jostling and unrelenting synth tones of Guy Gerber’s ‘The Mirror Game’ really do take some beating. A slew of other renowned artists appear here (Chaim, Subb-an and Footprintz to name a few), but my own pick of the bunch here is Qbeck’s sensual-sounding ‘Alice’. Once again, it’s impressive stuff, and it neatly sets us up for the final furlong, which is, of course, DJ Three’s mix.

Hard as it can be to do a mix solely from tracks from one label, it’s testament toVisionquest’s diversity that Three manages to pick a load of different tracks and make putting them together seem like a pretty easy task. Of those he picks, it’s hard to look past Butch’s ‘Om Namaha Shiva’ and Shaun Reeves & Tuccillo’s recent ‘Seclusion’ as the mixes’ hightlights. On this basis, it seems Visionquest are in safe hands for some time yet. Here’s to another 50 releases from one of house and techno’s most constantly interesting labels. 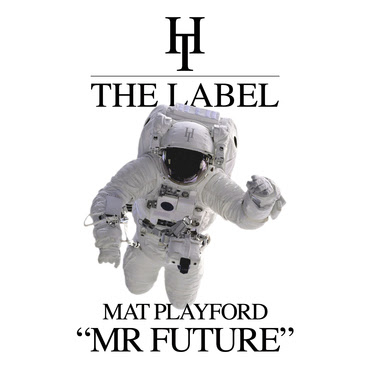