Hailing from Paris but now residing in Berlin where the spirit of the city as well as playing at renowned Berlin venues such as Watergate, Suicide Circus and Tresor has rubbed off on him, From Karaoke To Stardom makes the kind of electronic music that is diverse, ranging from minimal techno to the darker and more ambient side of deep house. Little Voodoo Dolls is his second album and one that sees him moving into more of an organic, live sound and this is something that he intends to pursue in a live setting in the future as well.

Little Voodoo Dolls begins with an intro entitled Little Voodoo Doll 1 that features some glacial beats that cascade over the calming sound of rain falling before the sleek techno beats of Severe Babylones swoop in and take things up a notch and the influence of Berlin and its rich musical scene, history and culture is evident from the get go. A jubilant plain of sound coasts over the stark beat for the first half of the track before a more energetic beat chips in and allows that track to climb higher and higher eventually reaching a proud crescendo that leaves the listener and the music at one with its maker in terms of both sound and vision.

The trippy techno of Libera Me Domine dominates early on with its driving techno beats, and it’s these beats that justifiably dominate the album for the better with the likes of Bone Silence with its stuttering and breathless beats and benefitting dramatically from these rhythms, elevating the tracks to a higher place. It’s not just about the techno beats on Little Voodoo Dolls though brilliant though they are, far from it with great portions of the album and portions of individual tracks themselves coming on like the grand soundtrack to a nonexistent film such as the beginning of Bone Silence and interlude Little Voodoo 2 give the album a great sense of ambience and an atmosphere that is at times welcoming but at others unsettling.

The majority of tracks on show here are epic soundscapes that beg to be devoured, from the gorgeous and minimal Roll The Dice to the dark techno of Secretly We Are Ghosts via the haunting Loops Des Steps, the hypnotic Gon Kur and the sumptuous album closer A Lot Of Matter this is an album for the night and the people who inhabit it and when it is played live it will sound immense for sure.

There is definitely a sense of melancholy that pervades over Little Voodoo Dolls, even the most hopeful moments on the album are clouded with this melancholic sense of loss but this makes the album interesting, in fact Little Voodoo Dolls straddles between the dark ambient passages and the minimal techno with ease and with vast swathes of noise coursing through the body of the album it makes it impossible to resist so take the the time to explore Little Voodoo Dolls from start to finish, it is something that you won’t regret. 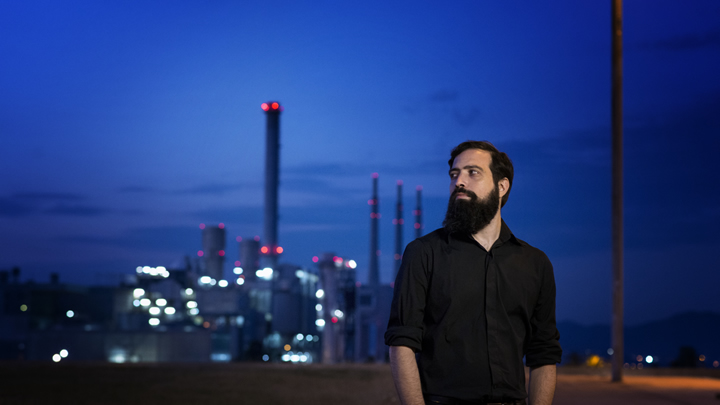