As frontman of Monnom Black and part-owner of the Ear To The Ground contingent, Dax J has had a big 2015. Frequently surfing the European club scene, as well as a few gigs further afield, Dax has been making serious waves promoting his sound this year, playing at Glastonbury and more notably making his big splash on to the Berghain roster in July with his first live set. Despite this hectic tour schedule, the London ex-pat has somehow found the time to sit in his Berlin studio to produce his debut album for his Monnom Black label and if his string of releases on ARTS, Soma and Deeply Rooted were anything to go by then we knew that we needed to make sure we gave it a listen somewhere suitable, you know like… Antartica, just so we didn’t get our faces melted off…

Though Dax’s take on techno can be headstrong while delivering the message he often likes to promote (RAVE!), ‘Shades of Black’ explores the recesses he often leaves untouched when it comes to his inspirations and influences. It is obvious that the young producer has an affinity to early jungle, break beats and acid culture of 90s UK which clearly permeates into certain parts of the album. The half way interlude shows off Dax’s breakbeat skills perfectly with ‘In The Shadows’ providing a perfect ‘break’ from the full frontal brutality delivered prior courtesy of ‘Beyond The Planets’, ‘Renegades of Conflict’ and ‘Devine Right’. The last of which takes the foot off the aggression pedal a bit with some welcome pads.

Once the little breakbeat number is finished, we are plunged back into the dark abyss Dax calls home with ‘Protect the Prophecy’. Here, the album is noticeably taken up a gear as the carnage resumes. ‘Requiem Souls’ then provides us with a peep hole into the debauched warehouses of the world, where this track would be considered apart of the furniture. An arpeggiated acid assault sharpened with rough distortion make this is a certain weapon for DJ bags. The following cuts continue to increase the intensity and it was at this point we considered emailing Dax to suggest that the album carry a warning for those fitted with pacemakers. The final fifth of the album rounds off the ‘journey’ nicely, with a dub offering by the name of ‘Sempa’, littered with trademark kicks, allowing us to think more sunrise on a beach than Berlin sweatbox. ‘Afterlife’ is our pick of the entire release,  playing us out with some slickly driven pad work and creeping drum riffs.

Not bad for a first album, Dax has exhibited his work in the studio very concisely here and has shown very clearly why the popularity amongst his peers has grown at the radical speed it has. Don’t sleep on this album or Mr. J, he’s clearly destined for big things. 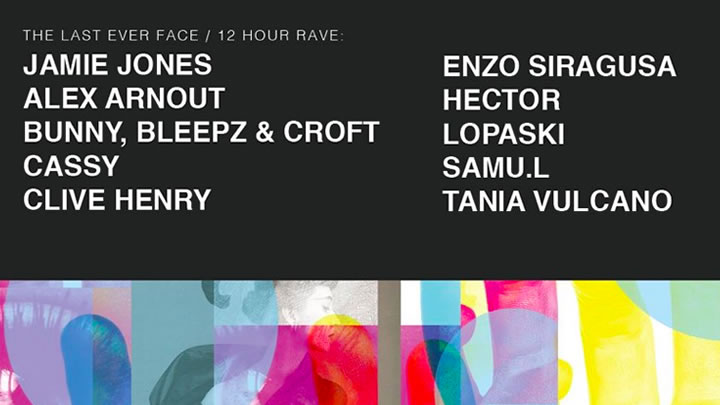