In hindsight, the creation of Late Night Endless was pretty much inevitable. Adrian Sherwood and Rob Ellis; one a dub veteran, regularly associated with legends of his scene – as well as commonly being referred to as one himself – the other, better known as Pinch, a celebrated member of the dubstep elite (before the “bros” got involved); mere collaboration? More a match made in heaven, on paper at least.

Straight off the bat, it’s clear this is an album built not only on a love for the deep, dark and heavy, but also a desire to work outside the rigid standards of dance music. With their first couple of 12” experiments, ‘Music Killer’ and ‘Bring Me Weed’, in the bag early in 2013, Sherwood and Ellis hit on the idea of an album following a show in Tokyo the same year. The performance saw the pair craft tracks live on stage, a concept which they’ve plainly carried over into Late Night Endless. Despite the switch-ups in pace and style, the lifeblood of the album flows freely throughout. Each track has an organic quality; a shifting, squirming nature that seems to resent even being confined to a record. In fact, there is more than a feeling that if Sherwood and Ellis could make an individual album for each person, they probably would.

With a total runtime of just under 40 minutes, Late Night Endless does feel a tad insubstantial, however it does become yet more obvious that this is an album built for listening and live performance. There are no long, DJ-friendly intros or outros here; instead tracks are broken down and reconstructed, stripped back to the bare essentials. In this light, Late Night Endless exposes a fatal flaw in categorisation, straddling the border between what is specified as dance, and the broader term of electronic music. Elements of the former are present – opener ‘Shadowrun’ provides a drop, but not one for the junkies; whilst ‘Gimme Some More Tight Like That’ thrives on a punchy, breakbeat core and warped low end, perfect for bumping a set up from a canter to a gallop – yet the producers are simply using tools they know well to add weight and dynamics to the mix.

Leading away from the concept of a dance album is the diversity on display; 10 tracks and not a single one feels like a cookie-cutter copy. In ‘Precinct Of Sound’ and ‘Africa 138’, two completely opposite examples of minimal dubstep are found (the foundation-shaker and the tribal roller, respectively.) Meanwhile, the delicate, echo-drenched ‘Wild Birds Sing’ and the vocal-driven ‘Run Them Away’, offer different takes on dub. However, any danger of the album collapsing into a “Which bits did Pinch do? Which bits did Sherwood do?” guessing game, is quickly quelled. The two producers work in sync; sure, there are elements that could be attributed to their individual backgrounds, but nothing sounds disparate.

The clue to making good dubstep is in the title, and, although Ellis’ skills were never in question, having a dub master on hand is evidently an advantage. 10 years on from the founding of Ellis’ groundbreaking Tectonic Recordings, and 26 years on from Sherwood’s On-U Sound, each producer is still challenging the foundations of his respective genre through an open-minded approach. A particularly promising moment in dubstep’s reincarnation, Late Night Endless deconstructs the past to make way for a brighter future. Whoever said 140 was dead, prepare to chow down on your words. 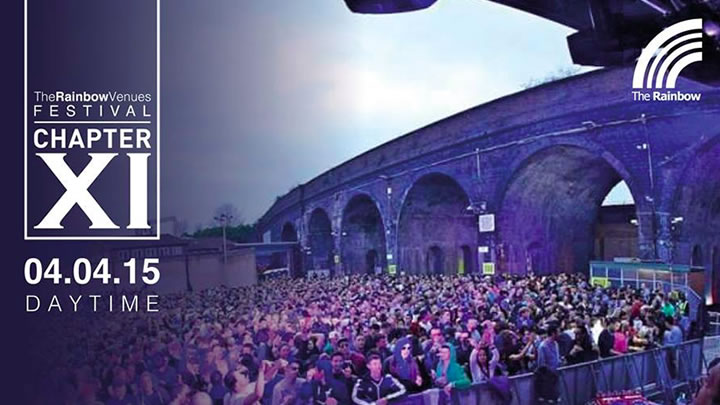