When it comes to making top-quality electronic music of a genuinely interesting and thought provoking persuasion, few contemporary producers can hold a candle to multi-monikered techno veteran, Luke Slater. Yet despite having forged the fiercest of reputations for his work within the harsher climates of the sonic realm, his efforts as an ambient producer have often found themselves somewhat overlooked despite their importance to the development of this distinct brand of techno during its formative years. This is something A-TON – the brand new platform from Berghain’s in-house imprint Ostgut Ton promising to focus on “ambient, archive and alternative music” – plans to rectify with its debut record, Chronicles I.

Marking the start of a series of releases from Slater as The 7th Plain, the album offers up a heady mixture of previously released and remastered tracks and unheard archive material. For those of you unfamiliar with Luke’s previous work as The 7th Plain, we’d invite you to check out his boundary pushing albums My Wise Yellow Rug and The 4 Cornered Room, both of which provide contributions to Chronicles I.

Originally recorded at Slater’s Spacestation Ø back in 1994, album opener ‘Boundaries’ continues to enthrall in 2016, its spaced out disco vibes underpinned by a sense of underlying menace that continues to haunt the listener long after the track has finished playing. The sci-fi motif is then expanded upon with the weightless ‘Grace’ calming even the most fraught of nerves whilst ‘Surface Bound’ shuns convention and starts the engines with subtle rhythm lines propelling the narrative forward without ever threatening to break into anything too aggressive.

The unreleased material continues to further our understanding of Slater’s forward facing 90s agenda, beginning in earnest with his tripped out take on Ken Ishii’s ‘Extra’. Downtempo whilst retaining dynamism, the remix serves as a stark contrast to his previous club ready rework of the same track. Original cut ‘Slip 7 Sideways’ treads a similar path, guiding carefully placed vocals through the crepuscular haze that envelopes the sporadic bleeps and shimmering pad work. ‘The Super 8’ begins ethereally enough only for the dreamy sequence to be evolve into something far more anxiety ridden. It could be the soundtrack of blissfully sunny day interrupted by an impromptu bout of rain. Not unwelcome but unexpected nonetheless.

Of all the tracks on Chronicles, ‘T Funks States’ seems to be the number you’ll be most likely to hear on the dancefloor, with its retrofitted acid line, catchy hooks and snappy beats sure to prick the ear of the more adventurous selector. The album then closes much in the manner it began, the astral ‘Chords Are Dirty’ allowing it to drift off peacefully into the unknown.

Introducing the warmth of his analogue excursions to the digital generation, Chronicles presents an interesting paradox. There are few releases that are consistent whilst offering up such variety and even less that offer such a futuristic snapshot of the past. Past, present, future, the oxymoronic nature of this most esoteric of records almost makes these concepts feel redundant, leading us to reconsider our perspective on time and how we mark it passing by. See, we told you Luke made thought provoking music… 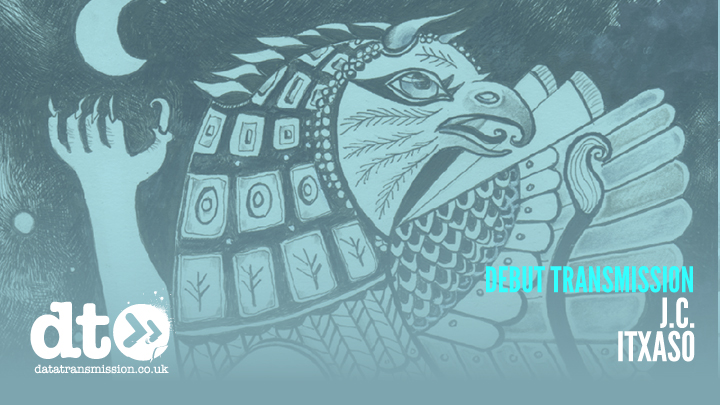